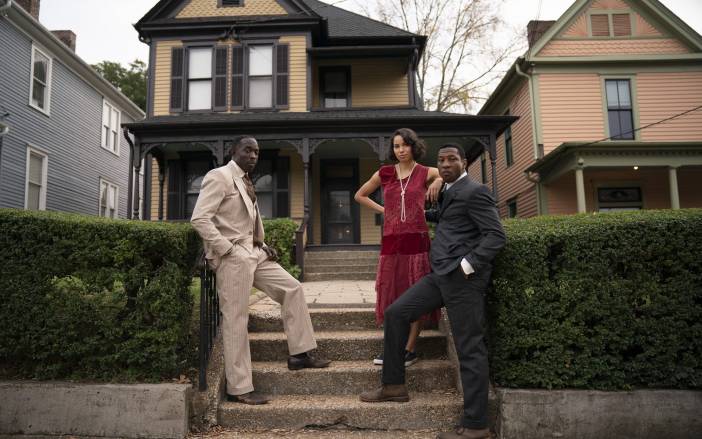 With just under a week to go before the 73rd Annual Primetime Emmy Awards air live on FOX ARENA, FOXTEL is gearing up audiences with some of the hottest nominated shows of the season, all available to watch On Demand before we roll out the red carpet for awards night.

With no shortage of award-nominated series, the content available on FOXTEL accounts for over 140 Emmy nominations from an epic 12 months of ground-breaking TV. Thanks to the integration of Netflix and SBS On Demand apps on FOXTEL, viewers can tune into more than 300 Emmy nominated moments all in one place.

For every single Aussie counting down till the annual 73rd Annual Primetime Emmy Awards, here’s five of the hit dramas causing a stir – all available to watch On Demand – and why the nation will be rooting for them come the big day.

Why it’s a worthy winner: This tale of an African-American Korean war vet (Majors) who travels across segregated Jim Crow America during the 1950s with his friend (Smollett) and uncle (Courtney B Vance) in search of his missing father (Michael Kenneth Williams) – encountering supernatural beings, shapeshifting, black magic and more – features stellar performances and a twisted plot inspired by the writings of HP Lovecraft.

Why it’s a worthy winner: Winslet is sensational as a Pennsylvania detective pushed to the limits as she investigates a brutal murder while dealing with challenges in her personal life. The final episode set the record as the most-watched of any HBO Max Originals series in its first 24 hours, beating previous title holders The Undoing and The Flight Attendant.

Why it’s a worthy winner: The third and final season of this ground-breaking series – about New York’s underground LGBTQIA+ ballroom culture during the height of the AIDS epidemic – scored a hefty haul. But special mention goes to Rodriguez, whose portrayal of house mother and nurse Blanca Rodriguez saw her make history as the first transgender performer to be nominated in a major acting category.

Why it’s a worthy winner: Cuoco landed her first Emmy nod as alcoholic flight attendant Cassie Bowden in this gripping murder mystery, which she executive produced. Her performance is what makes the series – which has been renewed for a second season – such compelling viewing, the actress’s ability to seamlessly switch from comedy to drama truly remarkable.

I MAY DESTROY YOU

Why it’s a worthy winner: Writer, creator, director, executive producer and star Coel’s brutally honest examination of consent – based on the BAFTA winning talent’s own sexual assault – is raw, emotional and heartbreaking, not to mention admirable and incredibly important viewing.

Other nominated series available On Demand on FOXTEL include Perry Mason, Euphoria, The Undoing, Raised By Wolves, Small Axe, Oslo and Friends: The Reunion. Plus with the integration of Netflix and SBS On Demand apps, viewers can enjoy even more Emmy nominated content, all in one place on FOXTEL.

Leading entertainment buffs including Richard Reid, Ksenija Lukich and Joe Donovan are all showing their support taking to social media to share their favourite FOXTEL Emmy nominated shows. Viewers at home can join in and share how they’re enjoying the Emmy awards by tagging #EMMYS #FOXTEL.

For the complete list of nominations and up-to-the-minute news and information, visit: www.emmys.com

Catch up on all the best award-nominated TV shows and moments, all in one place On Demand on FOXTEL

Tune into E! Live from the Red Carpet from 8:00am on E! on FOXTEL

Then, watch the 73rd Annual Primetime Emmy Awards Monday, September 20 – LIVE at 10.00am on FOX ARENA and streaming on FOXTEL