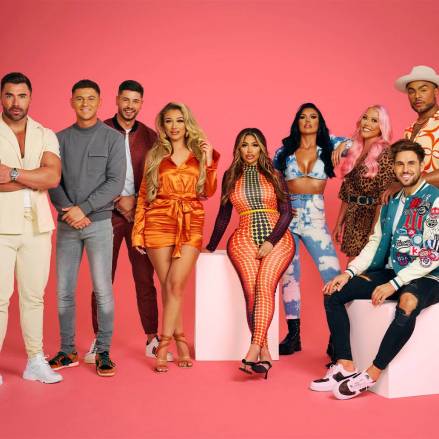 After a twenty month filming hiatus Geordie Shore is back in the Toon and this brand new series is set to be the raunchiest yet, as the doors of the Geordie Shore house will be thrown open and filled with fun loving party people for the ultimate hot single summer.

Premiering Wednesday, 6 October at 9.25pm on MTV, watch as fan favourites Abbie Holborn, Amelia Lily, Ant Kennedy, Bethan Kershaw, Chloe Ferry, James Tindale, Louis Shaw, Nathan Henry head back to the house, but this time they are let loose and looking for love! And guess who’s back to spice things up? Last appearing in Season 15, Marty McKenna makes a return and this time he’s ready for a relationship.

Each week, the cast will be joined by a roster of sexy singles, finally out of their homes and ready to mingle, on a series of dates all around Newcastle. From trampolining, to walking alpacas and life drawing, will the sexy singles build a genuine connection to avoid the weekly eliminations from our Geordies or will they just make space for even more sexy singles?

Boring isn’t in the vocabulary of our cast, who are more than ready to make up for lost time, so get ready for some dating triumphs, tantrums and all the awkward moments you’d expect from an access all areas look into their blossoming romances.

The Geordies are no strangers to tashing-on and taking on the toon, but are they ready for their greatest challenge yet, finding love? And more importantly will they break the dreaded Geordie Shore house relationship curse? For all of the answers, tune into the new season this October.