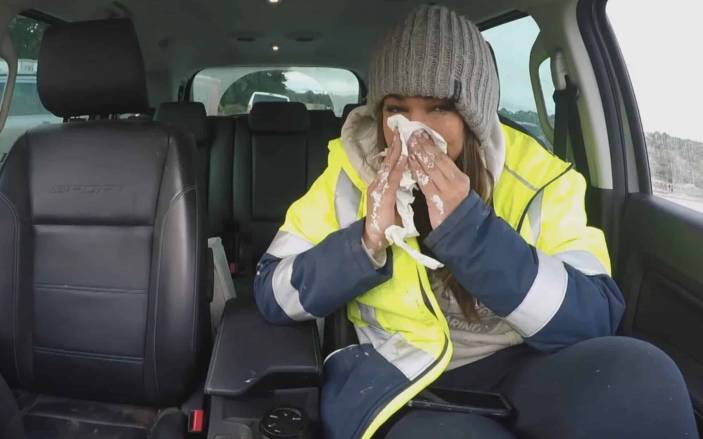 As our Blockheads near the end of this punishing series, it’s guest bedroom week on The Block. This week, they have a budget of $15,000.

After receiving negative feedback about their dramatic hallway, Sharon is just heartbroken and devastated. She thinks she added drama as per the judges’ advice, but it didn’t work out. She considers the judging to be absurd.

As part of the Domain Open For Inspections, every single Blockhead inspects Ankur and Sharon’s hallway, and they all regrettably concur with the judges that they failed to understand the hallway’s eclectic design.

Omar, Oz, and Rachel had to console Sharon after she started crying in the car.

Everyone is cleaning their sites on this holiday, but Omar and Oz have vanished. After a challenging week, they are ready for a day off on The Block and a round of golf.

They first have an open discussion with Foreman Dan. Omar claims that he feels Dan hasn’t been treating the boys well and that he doesn’t want to be labelled as a “dodgy Muslim.”

He explains that while he is tough with every Blockhead, he understands Omar and Oz’s perspectives. Omar believes that Australia should be a role model for young Australian Muslims and that an open dialogue about this issue is necessary.

Given that there are flaws in the hallways that need to be fixed, Foreman Keith isn’t happy with Tom and his builder.

With three weeks left, they are very concerned about the landscaping’s progress. All of the Blockheads have big plans, but will they be able to complete it? Dave Franklin, the block’s star landscaper, joins Scotty for a tour of The Block.

The next episode of The Block airs Wednesday 5 October at 7.30pm on Channel 9.