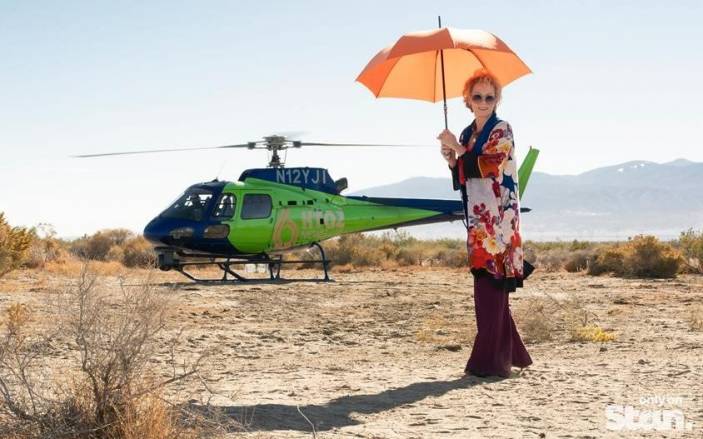 Stan has unveiled the complete trailer for the highly awaited return of Hacks, starring Jean Smart and Hannah Einbinder and premiering on Friday 13 May, the same day as the United States and exclusively on Stan.

Hacks, which has been nominated for thirteen Emmy® Awards, delves into the twisted mentoring relationship between Deborah Vance (Jean Smart), a great Las Vegas comedian, and Ava, a young, entitled writer (Hannah Einbinder).

The eight-episode second season will take up directly after the season one conclusion, with Deborah and Ava touring the country to workshop Deborah’s new stand-up act.

Jean Smart, an Emmy®, SAG Awards® and Critics Choice Awards winner for her performance in season one of the series, will return along with Hannah Einbinder, Carl Clemons-Hopkins (Hamilton) and Jane Adams (Messiah), who were all nominated for Emmys for the first season.

Hacks is created and showrun by Emmy® winners Paul W. Downs, Lucia Aniello and Jen Statsky. It is executive produced by Downs and Aniello via their Paulilu banner, Statsky via First Thought Productions, as well as Emmy® winners Michael Schur via Fremulon, David Miner for 3 Arts Entertainment and Morgan Sackett. The studio is Universal Television, a division of Universal Studio Group.

Every episode of the Emmy® Award-winning first season is now streaming, only on Stan.

The brand new season of Hacks premieres 13 May, same day as the U.S. and only on Stan.