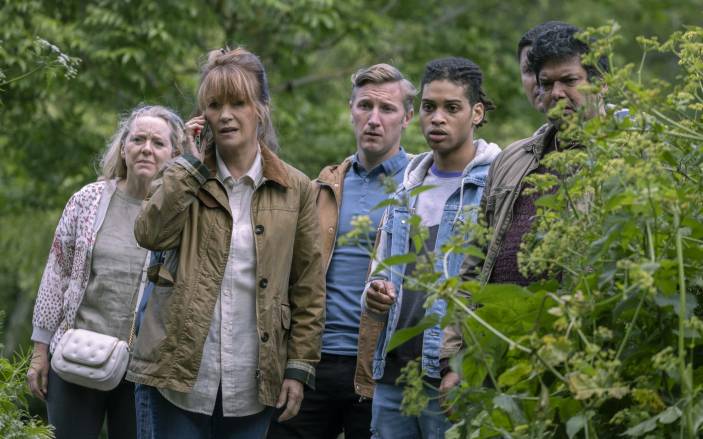 On Monday, April 4, the Acorn TV Original series will premiere with two episodes on Acorn TV, AMC Networks’ acclaimed streamer dedicated to British and international programming in the United States, Canada, the United Kingdom, Australia, and New Zealand. Every Monday until April 25th, 2022, two new episodes of the eight-part series will be released.

Harriet “Harry” Wild, a retired university literature professor who is at a crossroads in her life, is played by Jane Seymour. She grudgingly agrees to recover in the house of her son, Charlie (Kevin Ryan, Guilt, Copper), a senior police investigator, after being shaken by a mugging. When Charlie notices the murder bears uncanny resemblance to an obscure Elizabethan play, Harry begins to interfer in a particularly perplexing murder case Charlie is researching. When Harry’s path crosses that of her mugger, Fergus Reid (Rohan Nedd, Whitstable Pearl), she sees immense promise in the troubled adolescent and, rather than handing him in, hires him as her sidekick.

Harry discovers a new desire for life after her successful, albeit ill-advised, engagement in the case. She and Fergus are fast to uncover fresh mysteries, including a budding serial killer with a Dostoevsky obsession, snuff game gamblers, and a wealthy Dublin matriarch slain during a video conversation. Harry’s new enthusiasm puts her in direct confrontation with Charlie, who could do without his mother interfering with his work. Amy Huberman (Finding Joy, Striking Out) and Stuart Graham (The Fall, Tinker Tailor Soldier Spy) also star.