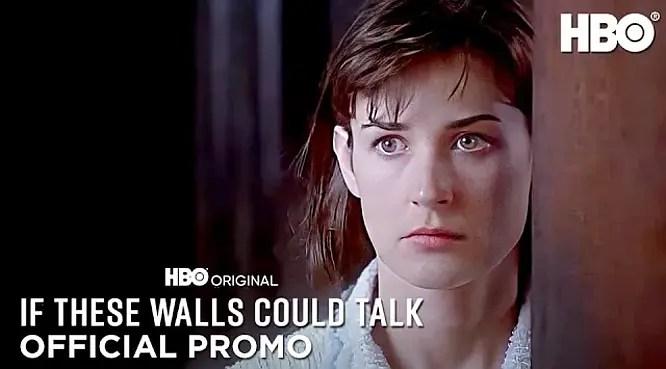 The film originally aired on HBO on October 13, 1996, following its world premiere at the Toronto International Film Festival that year, and was a landmark high for HBO female viewership. The New York Times original review highlighted the film’s “unapologetic tone,” and Variety noted, “the cast is terrific, and the opportunity to watch two dozen of the most interesting actresses in American cinema is rewarding in its own right.”

IF THESE WALLS COULD TALK is a powerful, intimate portrait of three women living in the same house during different eras who all face unplanned pregnancies. The vignettes follow a recently widowed nurse (Moore) struggling to take control of her life in the early 50s, a mother of four (Spacek) balancing raising a family and maintaining a career in the 70s, and a student (Heche) making a difficult decision with the help of one woman (Cher) that will change the course of both their lives in the 90s.

“We are so grateful to HBO for allowing us to make this film and the conversations it inspired in 1996,” says executive producer Suzanne Todd. “HBO Max making it available to a new generation of audiences will hopefully once again bring attention to the issue of women’s healthcare.”