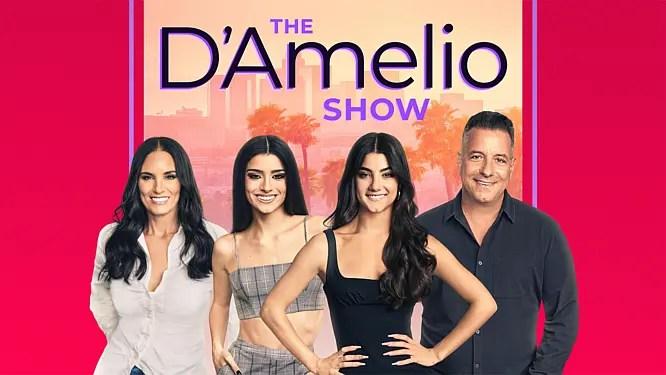 From public relationships, to private struggles, to new pursuits, with millions watching their every move, each decision The D’Amelio family makes comes with unfathomable pressure and scrutiny, in an era when comments and opinions are hard to tune out. Dixie and Charli struggle to separate their own self-love and identity from their online presence. Marc and Heidi parent in uncharted territory, as they try to protect their family from new pitfalls at every turn. With their spectacular rise comes one-in-a-lifetime opportunities from business to personal relationships, but can they hold on to what matters most-staying together as a tight-knit family?

“The D’Amelio Show” is a part of Hulu’s growing unscripted slate including “The Kardashians,” “Taste the Nation,” “Back in the Groove” hosted by Taye Diggs, Spotify’s “RapCaviar Presents” and “Drag Me To Dinner” with Neil Patrick Harris.

Hulu Original docu-series “The D’Amelio Show” has been renewed for a third season with 10 episodes.

The second season premiered on September 28th and all ten episodes are now streaming on Hulu.

“The D’Amelio Show” is executive produced by Eli Holzman and Aaron Saidman on behalf of The Intellectual Property Corporation (IPC), a part of Sony Pictures Television, with showrunner Sara Reddy executive producing.