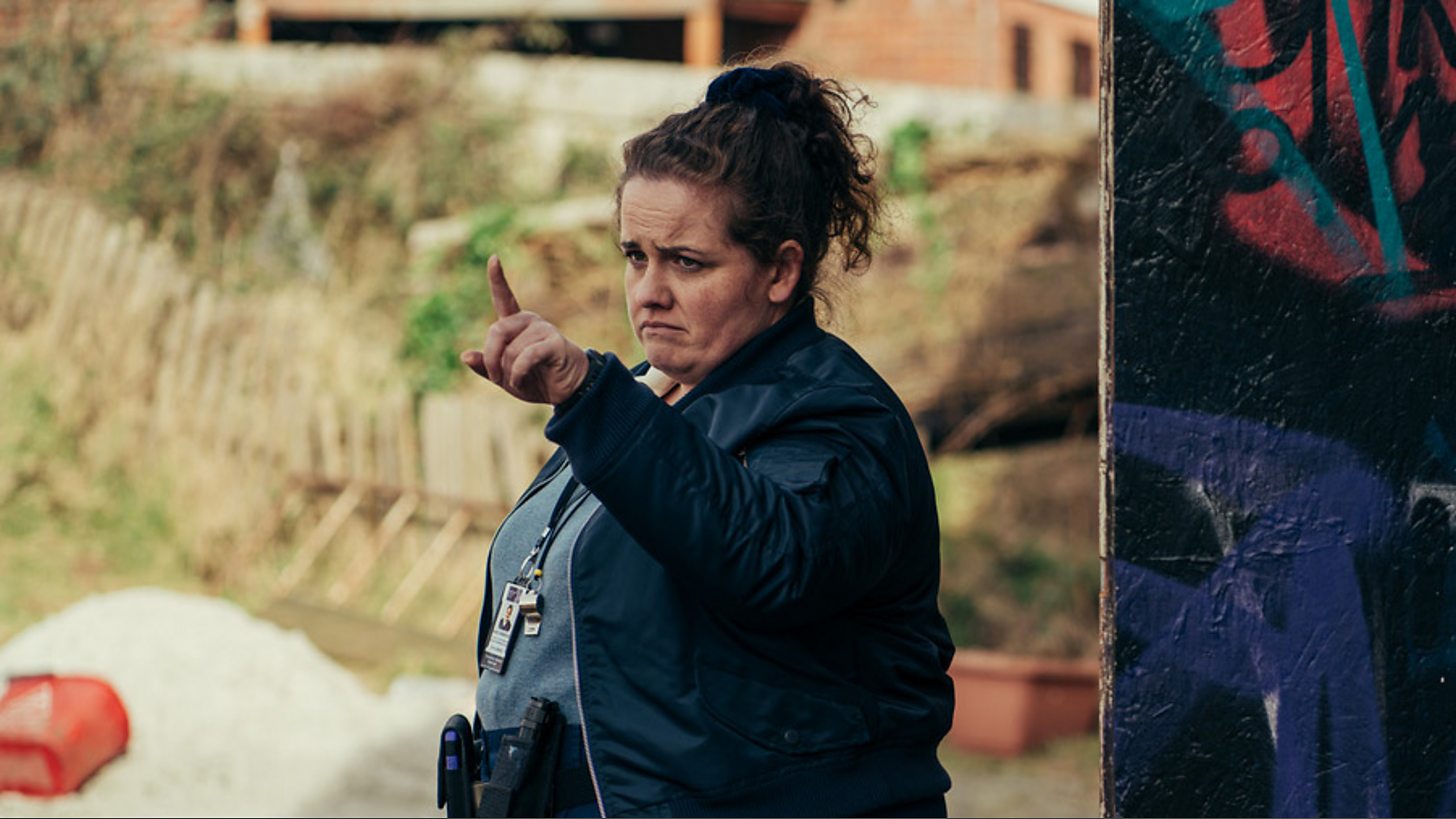 Who do you play in The Outlaws?

I play Diane, who is the Community Payback Supervisor. The way that Stephen [Merchant] describes her in the script is perfect: she walks into the room with the sense of power that minor authority bestows on insignificant people.

Is she a tyrant or just a jobsworth?

She’s more petty than tyrant. She conducts quite a lot of spot checks and some very thorough frisk searches. She quite enjoys being suspicious of everyone, yet her suspicions that something’s going on are always of the mundane variety. But then the stakes for her throughout the first series are unexpectedly ramped up when she conducts a search, thinking a heat gun has gone missing. When actually a real gun is around. So little does she know that her instincts are quite good.

What research did you do in to what the job involves?

I looked up what the job involves, and then I worked out how Diane could have extended that role. She feels like she wants to be almost like an American cop quite a lot of the time. She’s got her own makeshift tool belt, with her torch and her whistle. So it’s like she’s kitted herself out, off her own back, to meet this sense that she needs all these tools on her at all times. She wants to be a police detective ultimately.

Does she wind up rubbing everyone in the group the wrong way or does she make friends?

The journey with the group as a whole is that she ends up having a bit of a soft spot for everyone, reluctantly. She sees these characters that she viewed as criminals actually have motives that are relatable. She tries to single out Rani’s character and get her to become her informant, which doesn’t necessarily go according to plan. But everyone else she sees initially as a bunch of reprobates. And then by the end, I suppose she sees them a bit more fully. That’s how clever the series is: it begins with a group of what might appear to be these kind of block archetypes. By the end, they’re fully fleshed-out human beings.

What have you learned from making The Outlaws about what community service is actually like?

I suppose there’s quite a lot of paperwork, which we don’t cover in the show because that would be pretty boring. But in terms of how I justified Diane’s regimented ways… it’s that they’re tasked with this project, which is to do up this community centre that is covered in graffiti and there’s litter everywhere. Her job is to make sure they’re cracking on with restoring that community centre. And of course, at the bare bones level, there’s a lot of litter picking action. But it requires that they stick to a structure and a routine. I suppose if people weren’t turning up, Diane would have to then report it, but it is a serious offence (skipping community service) because it is an alternative to prison… as she constantly reminds them all.

What did you make of Stephen’s scripts?

Stephen’s comedic voice is just so familiar. But also this was something I’ve not seen from him as well. It’s a very dramatic series, really high paced, and it’s very varied. All the characters are really different, and they’ve all got different motives and wants and needs. In that sense it’s far more dramatic than comedic.

The show is set specifically in Bristol. What was it like filming there?

What was it like to work with Christopher Walken?

I was majorly starstruck. I mean, ‘CW’, it’s just crazy, isn’t it? It’s pretty incredible to have him there. He’s a really down-to-earth guy and he’s so professional and does his thing. But I did get goosebumps watching him on the monitor. You know, there’s just something about him. He’s a movie star and yet he’s there in Bristol in the freezing cold in a community payback hi-vis tabard. Really? But I think it’s testament to Stephen and the kind of guy that he is that Christopher was up for coming over here in the middle of a pandemic in the freezing cold and doing this. It’s been so great having him around and getting to know him and watch him.