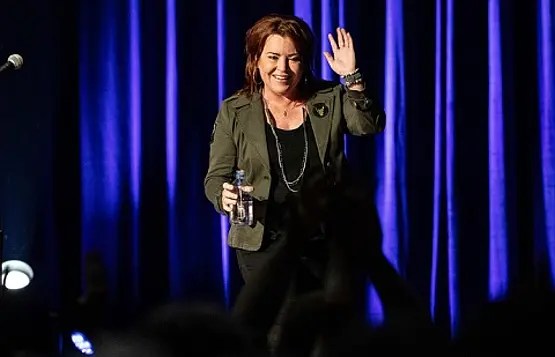 Comedian and TV star Kathleen Madigan is releasing her new stand-up special, Kathleen Madigan: Hunting Bigfoot, as an Amazon Original. On February 21, 2023, the special will debut on Prime Video in more than 240 countries and territories.

Madigan’s elderly parents, dealing with millennials, and bigfoot hunting are just some of the topics covered in his fresh new special, which was taped at The Paramount Theater in Denver, Colorado.

The current “Boxed Wine and Tiny Banjos” tour has propelled Madigan from comic clubs to major venues, where her shows are consistently selling out.

Over 40 late-night talk show appearances and various comedy specials on Netflix, Comedy Central, and HBO are all within filling up Madigan’s busy schedule. She has capitalised on the pandemic by appearing on Jerry Seinfeld’s hit Netflix show Comedians in Cars Getting Coffee and by starting a podcast, Madigan’s Pubcast, which has garnered over 3 million downloads across all streaming sources.

Her latest, Bothering Jesus, is her fifth hour-long stand-up special and third on Netflix.

Madigan has shot seven Gala Shows at the Just For Laughs Comedy Festival in Montreal for CBC Television, and has performed at festivals in theatres in Ireland, England, Hong Kong, and Australia.

She has been honoured with two “Best Female Comedian” awards, the Phyllis Diller and American Comedy Awards. She has done numerous USO tours in Iraq and Afghanistan, as well as written and produced for Lewis Black’s Root of All Evil on Comedy Central.