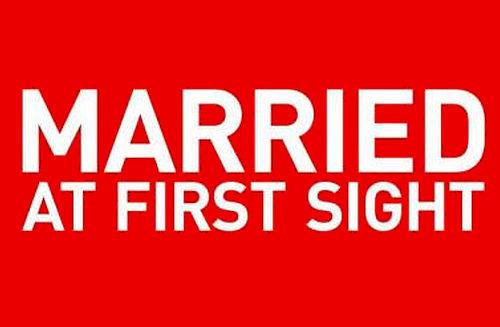 The Critics’ Choice Award-winning series, Married at First Sight, heads to Music City for its Sweet 16 season premiering on January 4th @ 8PM/7c, only on Lifetime. Ten Nashville, Tennessee-based singles will embark on a journey to meet the love of their lives during this 23-episode season, where they’ll marry a complete stranger, travel to their honeymoons, and then move in together as husband and wife. After the 8-week social experiment concludes, each newlywed will have to come to terms with the hard truth of their marriage status and make a life-changing decision – continue to stay married and start a future together, or get a divorce and go their separate ways. This season, there will be even more romance and intense stakes, including a shocking twist where one bride’s husband decides to make an indecent proposal to another man’s wife.

Season 16 will reunite experts Pastor Cal and Dr. Pepper with DeVon Franklin, New York Times Bestselling Author and Relationship Advisor, and Dr. Pia Holec, a renowned psychotherapist who specializes in sex and couples therapy. Experts will provide couples with professional advice and support as they head through an emotional quest to pursue their forever love.

Hosted by Kevin Frazier ahead of the premiere, Lifetime will air the MAFS: Matchmaking Special on December 28th @ 8/7c, where viewers will receive an exclusive behind-the-scenes look at the intense process that goes into matching the five Nashville couples who will get married at first sight.

The following night on December 29th @ 8/7c, the MAFS: Kick-Off Special will debut, in which Frazier will discuss and debate the five newly matched Nashville couples that are about to be married at first sight with a panel of superfans. After watching the exclusive sneak peeks from the upcoming season, the group will predict what will happen with each couple when Decision Day arrives. Additionally, former MAFS favorites will reveal shocking updates about their current lives and relationships.

Following the main series will be new episodes of Married at First Sight: Afterparty, where Keshia Knight Pulliam will get the inside scoop directly from the cast. The series will premiere on January 4th @ 10/9c with an hour-long episode.

New to this season, viewers will also get three additional episodes titled Beyond Decision Day, where cameras will keep rolling past Decision Day and reveal what happens after the experiment ends and the marriage gets even more real. 20 digital episodes of MAFS: Relationship Rewind, where Pastor Cal and Dr. Pepper give their expert opinions on the most dramatic scene of that night’s episode, is new to this season as well.

Airris undeniably knows he wants to have a strong, independent woman by his side. Earlier this year, Airris decided to change careers completely; he moved back to Tennessee, completed a software development boot camp, and now works as a software engineer instructor. He has taken the last few years to really focus on himself and wants to plant roots, start a family, and looks forward to finding his wife.

Jasmine is more than ready to settle down and start a family. With a strong desire to find a partner she can cater to and grow old with, Jasmine admits her “picker” is off, and she easily falls in love with “potential.” Jasmine is in a space where she truly feels the only missing piece to her puzzle is her forever person and she hopes that this is her chance to finally find true, long-lasting love.

Christopher relocated from Chicago to Nashville three years ago for work and with the challenges of COVID, hasn’t had the easiest of times meeting people. Christopher is ready for marriage, excited about the next chapter, and hopes the experts can help him find his one true love.

Nicole was a 30-year lifelong resident of New York City and had enough of the toxic energy and even more toxic dating scene, so she picked up and moved to Nashville for a change of pace and perspective. She moved there 4 weeks before a devastating tornado and 6 weeks before the world shut down for a pandemic, so she never really had a chance to enjoy Nashville and the people in her new city. Now she’s ready to focus on dating again and find true love.

Clint is an adventurer at heart and is driven by his many passions and is looking for someone to share these adventures with and co-author their story together. A lifelong learner, Clint believes that to have anything done right, you must learn and listen to experts. He is ready to apply that same thought process to find a wife and put his fate in the matchmakers’ hands. Clint hopes that by blindly trusting them, he’ll meet the one.

After graduating, Gina decided to go back to school for her cosmetology license. She has since been working as a hairstylist for the past nine years and is in the process of expanding her salon business. Gina is well-known throughout the Nashville area and hopes to continue to grow in the beauty industry. After a brutal breakup four years ago, Gina decided to put a pause on dating in order to advance her career and refocus her priorities. Now that she has built a successful business, she is ready to put herself back in the relationship game. She has full faith that the experts can find her a man with whom she can dream, travel, and potentially build a family with.

Mack recently moved to Nashville to pursue new career opportunities and found himself with the best opportunity of all, finding a wife. He is ready to settle down and looking to start a family. He has always put his career first, but he is now looking to build a life with his forever partner.

Domynique’s education has afforded her the opportunity to excel in her career choice. Although Domynique hasn’t had many long-term relationships, she is confident she is ready for marriage. When she does date, it is with the intention of settling down and finding something meaningful. Unfortunately, the bar scene and dating apps are not working out for her as she doubts that is where she’ll meet her perfect match so she is excited to find out if her soulmate is out there.

Shaquille feels as though he is ready for marriage because he is in a great spot in his career as well as his personal life. He is open-minded, ready for love, and willing to put his fate in the hands of the experts. Also, family, faith, support, and education is essential to Shaquille. He is ready to give marriage a fair shot.

Kirsten is the total package and is having a difficult time coming in contact with a man that meets her standards. She is not willing to settle for anything less than what she deserves and isn’t afraid to let them know it. Kirsten hopes the experts can find her a godly man who will not be scared of her success and is willing to grow with her. Kirsten hopes this experiment is the first step in making that dream a reality.