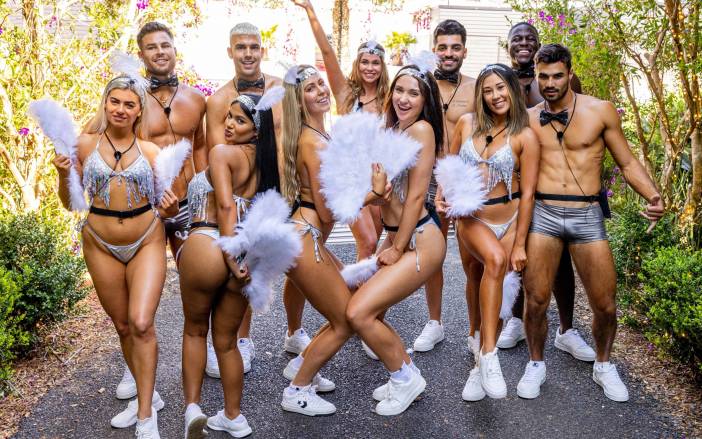 Buckle up Australia! Our flirty couples will be divided in a tantalising Love Island twist as 11 sizzling-hot new singles are sent into the villa to shake things up and turn heads.

In a format first for Love Island Australia, relationships will be put to the test when the original girls are secretly sent to a second villa – Casa Amor – while the original boys are faced with six tempting new girls entering the main villa. Which boys will stray? And which boys will remain loyal to their partners?

However, it’s not long before the tables are turned fueling drama and jealousy when the boys swap places and are sent into Casa Amor while the original girls are tempted with five sexy new guys.

At the end of Casa Amor there will be an emotional recoupling where the original Islanders will have the choice to either stay in their existing couples or hook up with one of the new Islanders.

“The Casa Amor cast are so diverse and so seductive – they’re really going to shake things up and turn heads in the villa.”

All the Islanders are hoping to find romance, passion and “the one” when they couple up, stay together and win over the hearts of the public, while surviving the temptations of beautiful bombshells entering the villa.

Love Island Australia is produced by ITV Studios Australia for Channel 9 with assistance from the Screen NSW Made In NSW Fund.

Love Island Australia continues Monday to Wednesday at 9:00pm and Thursdays at 9:30pm on Channel 9 and 9Now.