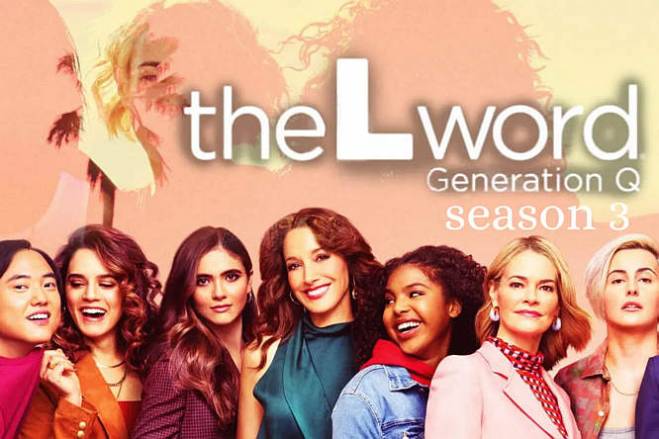 SHOWTIME announced today that Grammy® and Emmy® nominee Margaret Cho, Joey Lauren Adams, and Emmy nominee Joanna Cassidy will guest star in the third season of the SHOWTIME drama series THE L WORD: GENERATION Q, along with previously announced Grammy-nominated artist Kehlani. Previous guest stars Rosie O’Donnell and Laurel Holloman also return in their recurring roles of Carrie and Tina, respectively. In addition, Jamie Clayton has been upped to series regular this season playing Tess, the bar manager at Dana’s who becomes intertwined with Shane (Katherine Moennig) in work and love. Season three will premiere on Friday, November 18 on streaming and on-demand for all SHOWTIME subscribers, before making its on-air debut Sunday, November 20 @ 8PM ET/PT on SHOWTIME. New episodes will continue to drop every Friday via streaming and on-demand platforms before appearing on air Sunday nights. The first four episodes of season three will air @ 8PM ET/PT on Sundays, with the remaining six episodes airing @ 10PM ET/PT on Sundays.

“I’m so excited to have these icons join our sparkly cast!” said Marja-Lewis Ryan, showrunner and executive producer for THE L WORD: GENERATION Q.

Margaret Cho will play herself as a guest host on the Alice talk show. A five-time Grammy and Emmy nominated actor, musician, comedian, and advocate, Cho recently appeared in TV series such as The Flight Attendant, Hacks and the comedy special Stand Out: An LGBTQ+ Celebration. Her production company, Animal Family Productions, has multiple scripted shows in development for 2022 and beyond.

Joey Lauren Adams will play Taylor, a salt-of-the-earth, self-deprecating barista with a secret passion. Adams earned wide acclaim and award nominations for her performance in Chasing Amy, and has appeared in more than 25 films, including Dazed and Confused, Mallrats, and Big Daddy. She will next be seen in Providence. Her film Come Early Morning, which she wrote and directed, was nominated for the Grand Jury Prize at the 2006 Sundance Film Festival. Television credits include Grey’s Anatomy, THE UNITED STATES OF TARA and Party Down.

Joanna Cassidy will play Patty, Tess’s mom and a former Las Vegas showgirl currently suffering from MS and dementia. With an acting career spanning decades across film and television, Cassidy is known for her notable roles in iconic films such as Blade Runner, Who Framed Roger Rabbit and Under Fire. On the TV side, she received Emmy nominations for her performances in Six Feet Under and Buffalo Bill.

Kehlani will play Ivy, a makeup artist and young parent who heads up Alice’s glam team and falls for the wrong person. A multiplatinum singer, songwriter, and dancer, Kehlani released their first mixtape Cloud 19 in 2014. Since then, they have picked up over 20 gold and platinum RIAA certifications, tallied 5 billion streams, and garnered a pair of Grammy Award nominations in the categories of Best Urban Contemporary Album for the gold-certified 2015 mixtape You Should Be Here and Best R&B Performance for the 2016 platinum single “Distraction.” Their third full-length album Blue Water Road was released earlier this year.

In season two of THE L WORD: GENERATION Q, which ended on a shocking cliffhanger, Bette dealt with Tina and Carrie’s engagement and daughter Angie’s search for her birth father; Shane ramped up her business and her feelings for Tess; and hot new author Alice wrestled with her own complicated feelings for her book editor. Meanwhile, a newly single Dani leaned on Gigi during her father’s trial; Finley and Sophie tried hard to make it work despite Finley’s spiraling addiction; and friends Micah and Maribel (guest star Jillian Mercado) fell hard for each other. What results of all these complex affairs of life and love will be revealed in season three.