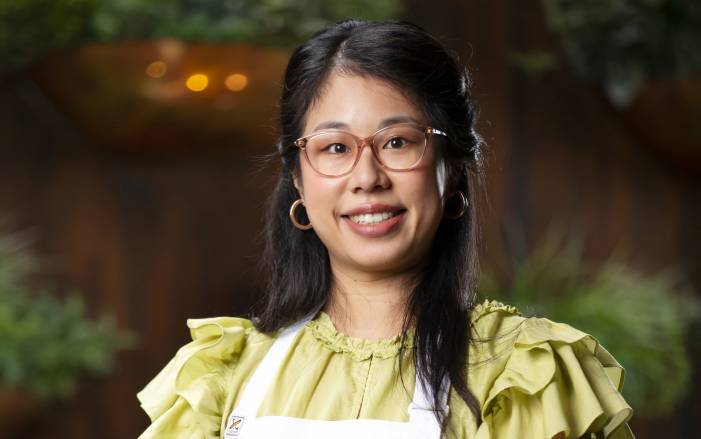 Jenn Lee, a fan, was sent home from the MasterChef Kitchen after her rice refused to cooperate in tonight’s shock elimination.

When the eight remaining Fans and Tommy arrived at the MasterChef kitchen, they lifted the lid of their cloches to reveal a 90-minute stopwatch. This time had to be split between two possible cooking rounds, and the contestants had to decide how they would spend it.

The creators of the top five dishes from Round 1 would be safe, while the worst dish from Round 2 would send them packing. Dan, Jenn, Tommy, and Harry found themselves in Round 2.

Jenn started the cook with 57 minutes left on the clock and dashed to the pantry to gather ingredients to remake her mapo tofu from Round 1 with perfect rice and washed garnishes.

With his clock at 56 minutes, Daniel also decided to repeat his dish and this time do the fish justice by perfectly nailing it. Tommy regretted not going safer in Round 1, so it was a broth with fried fish and noodles for him and he had 52 minutes to do it.

Last to start cooking was Harry with 43 minutes on the clock, she decided to make curried carrots but cuts her thumb, devastated that she was losing even more precious time.

When it was time to taste, Harry blew the judges away with her curried carrots, smoked yoghurt and crispy curry leaves. Unfortunately, the judges felt Tommy’s fried fish and noodles wasn’t a perfect representation of what he normally creates. Daniel’s grilled fish wings and smoky habanero salsa was pure luxury, with the judges calling it a big step up for him.

Jenn struggled with her rice choices for her mapo tofu, and she was nervous it wasn’t enough. Her fears were realised when the judges found both over and undercooked rice in the same bowl, and a mapo tofu that was nowhere near as good as the one she served in Round 1.

It was an epic day of cooking, but on a day when she became overwhelmed by mastering a classic, Jenn fell short and was the eighth contestant eliminated from the MasterChef kitchen.