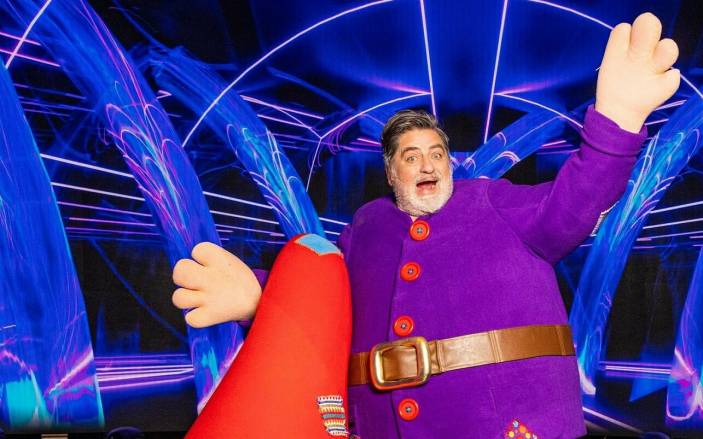 The sixth celebrity performer on The Masked Singer Australia has been unveiled as Australia’s cravat-wearing food critic, Matt Preston.

The Gnome’s magical interpretation of The Monkees’ “I’m a Believer” couldn’t compete with Popcorn’s mouthwatering performance of “Always” by Elton John.

Led by some perplexing clues, Mel B was sure that Gnome was AFL legend Buddy Franklin, Abbie Chatfield hedged her bets on former The Bachelor Australia star, Tim Robards, Dave Hughes was certain it was tennis player and Wimbledon champion, Goran Ivanisevic, and Chrissie Swan continued her winning streak, insisting it was Matt.

After his unmasking, Matt commented on why he decided to join The Masked Singer Australia:

Tune in on Sunday for the next round of Australia’s most bonkers singing competition.

The Masked Singer Australia continues Sunday at 7.30pm only on 10 and 10 Play.