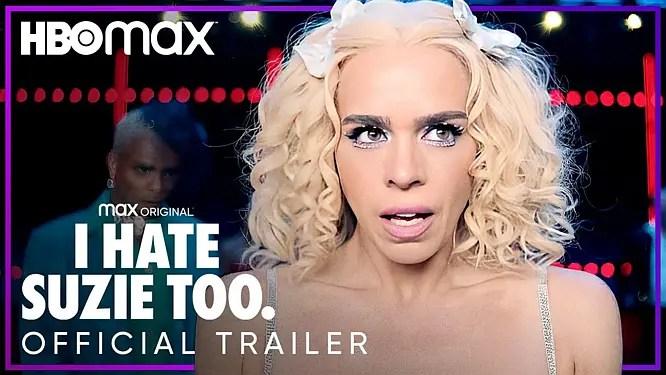 The special three-episode second season of Max Original I HATE SUZIE TOO debuts Thursday, December 22 on HBO Max. Called a “masterclass” by Vanity Fair and a “vital” narrative by Rolling Stone, the first season of the British dramedy is currently available to stream on HBO Max.

Child star turned actress Suzie Pickles (Billie Piper) has a new agent, new PR and a new job – dancing for likes on “Dance Crazee,” a reality TV competition that has the Saturday night audience hooked. Having lost everyone that matters to her, Suzie returns to her first love – the public. Battling ex-husband Cob (Daniel Ings) with the help of best friend Naomi (Leila Farzad), Suzie must try to keep life as stable as possible for her young son Frank (Matthew Jordan-Caws), all whilst staying on ‘Dance Crazee‘ long enough to finance her new role as single mom and ex-wife. In this three-part anti-Christmas Christmas special, Suzie fights to regain the love of the British public whilst her personal life spirals out of control. Will she win the hearts of the British public? And restore her reputation? And at what cost?

Credits: Written by Lucy Prebble and co-created with Billie Piper, who also stars, the series is produced by Bad Wolf in association with Sky Studios. Executive Producers are Andrea Dewsbery, with Julie Gardner and Jane Tranter for Bad Wolf, alongside Piper and Prebble. Dawn Shadforth directed the three episodes.

I HATE SUZIE TOO will be available on Sky Atlantic in the UK and Ireland on December 20, with NBCUniversal Global Distribution handling international sales on behalf of Sky Studios.