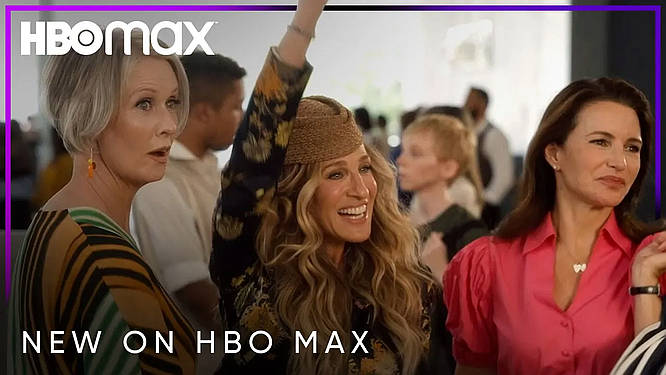 During Sunday’s Emmy(R) broadcast, HBO Max released a new brand spot featuring never-before-seen footage from upcoming Max Originals “And Just Like That…,” “Peacemaker,” and “The Sex Lives of College Girls,” and new seasons of HBO Originals “Euphoria,” “Insecure,” and “Curb Your Enthusiasm,” all premiering this fall and in early 2022.

The spot also includes scenes from Warner Bros. films debuting in theaters and on HBO Max: the highly anticipated “Dune” in October; “King Richard,” with Will Smith as the father determined to write his daughters, Venus and Serena, into history, in November; and “The Matrix Resurrections,” the latest in the groundbreaking franchise, arriving in December. The films will be available for 31 days from their theatrical release on HBO Max in the U.S. at no additional cost to subscribers, available only on the ad-free plan.

The complete list of titles featured in the spot:

New Max Originals including “And Just Like That…,” the new chapter of the groundbreaking HBO series “Sex and the City“; “The Sex Lives of College Girls,” a comedy series from Mindy Kaling following four roommates at the prestigious Essex College in Vermont; and “Gossip Girl,” with the final six episodes of the first season – all debuting this fall.

The spot also features a first look at footage from the upcoming Max Original, “Peacemaker,” the new DC series starring John Cena, from “The Suicide Squad” writer/director James Gunn and producer Peter Safran that will debut in January 2022.

All new and returning HBO Max subscribers can enjoy their favorite HBO programming, Max Originals, and more than 13,000 hours of content on the HBO Max ad-free monthly plan at a 50% discount. This new limited-time promotion of $7.49 per month for up to six months is available through September 26. Visit HBOMax.com for more details.