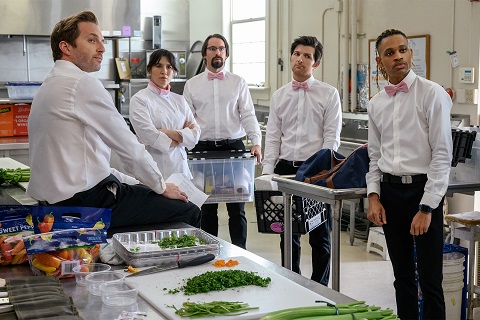 On Friday, February 24 at midnight, the third season of the cult comedy series “Party Down” will debut on the STARZ app. In the United States and Canada, you can catch the premiere on STARZ on linear television on at 9:00 PM ET/PT. There will be a total of six brand new episodes in Season 3.

After 10 years Henry Pollard (Adam Scott), an actor and former bartender at Party Down, has moved on with the rest of the staff. When everyone unexpectedly gets back together, they are back to facing the never-ending stream of parties and strange visitors in Los Angeles.

The first two seasons of “Party Down” debuted on STARZ in 2009 and 2010, respectively. Both seasons remain available on STARZ and for download or streaming via the STARZ app.