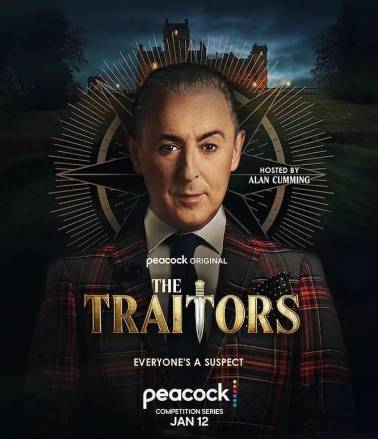 The Traitors will feature reality stars and celebrity contestants including:

Additional contestants who will be joining the celebrities for a game chock-full of alliances, deception, and even “murder” include:

“In a game of secrecy, suspicion, and plot twists in a Scottish castle, who better to take the helm and guide our game players through the drama and challenging missions than Alan who originally comes from Scotland.” Stephen Lambert, Studio Lambert, CEO