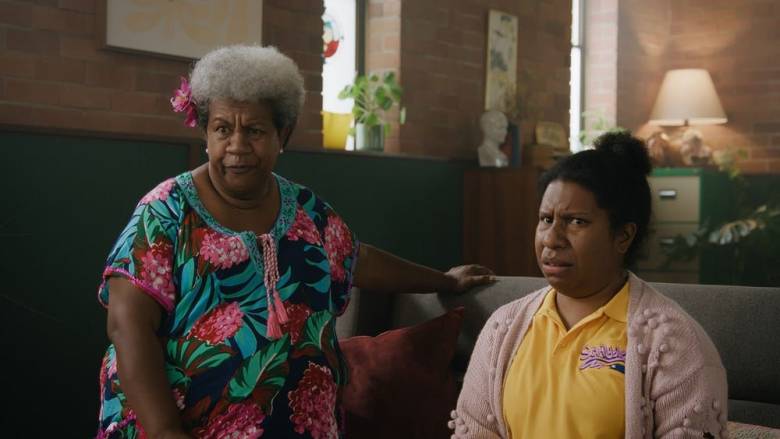 SBS On Demand Highlights for October 2022…

New Series Premiere
Saturday, 1 October 2022 on and SBS Viceland and SBS On Demand all episodes.

For the 11th season of the Emmy-nominated and Critics Choice Television Award- winning series, Hoarders, the show tackles the biggest, most extreme, and most challenging hoards in the country.

These very special 2-hour episodes focus on a single character and take an in-depth look at how to deal with a hoarding crisis of epic magnitude. Over the course of the season, viewers are introduced to eight extraordinary individuals from across the United States as the Hoarders’ team of experts race against the clock to avert crises ranging from jail time to financial ruin and loss of property.

Hoarders will also begin airing on SBS Viceland at a later date.

Nine very different people arrive at Tranquillum House, a mysterious wellness retreat that promises ‘total transformation’. Once there, the guests fall under the spell of the enigmatic Masha (Nicole Kidman), who will stop at nothing to heal them. As the days unfold, however, Masha’s unorthodox methods threaten to push this combustible group over the edge.

Land Wars is a one-hour special pre-recorded in front of an audience at Brisbane’s Powerhouse Museum and has been produced in response to SBS’s landmark series, The Australian Wars.

The panel will discuss the colonial conflicts between the British settlers and First Nations people and how these conflicts impact us today. The program will also include a story about one of the ‘silent massacres’ on Great Keppel Island – a story that has been rarely told.

Land Wars will also air on NITV on Wednesday, 5 October at 9.30pm, with an encore to air later on SBS. Land Wars is an NITV and SBS On Demand exclusive.

The Australian Wars: Evidence From Queensland

Inspired by the SBS documentary mini-series The Australian Wars, veteran journalist Kerry O’Brien leads a discussion about frontier violence from a Queensland perspective, drawing on the records found in Queensland State Archives.

Carl Hamilton faces new missions, from the northernmost town in Sweden to the South of France. Never sure whom to trust, always sniffing out conspiracies that sometimes run straight to the halls of power, he uncovers new plots that threaten Sweden and the whole world.

A nuclear threat emerges, an old Navy Seal comrade is found dead, plans to attack French elections are revealed and his fiancée is dragged into a blackmail plot. All the while, Carl Hamilton’s struggle between being an agent and having a personal life is put to the ultimate test, bringing him to the brink of collapse.

Australian Premiere
Thursday, 6 October 2022 on SBS On Demand all episodes.

Phaim (Phaim Bhuiyan) and Asia (Carlotta Antonelli) are from two distant and apparently incompatible worlds. Phaim is a Muslim boy, rooted in Bengali family traditions, born, and raised in Tor Pignattara. Asia, the daughter of separated parents, is a nonconformist, rebellious and atheist girl. Will their love triumph over all?

In Italian and Bengali with English subtitles. Bangla is an SBS On Demand exclusive.

Australian Premiere
Monday, 10 October 2022 on NITV and SBS On Demand

It’s Fine, I’m Fine is a happy-sad short-form series that follows a suburban Australian psychologist and the ups and downs of her patients as they explore love, loss, anxiety, obsession, and the uncertain future ahead. It celebrates the mess and melancholy of life with elements of unexpected magical realism.

In times of turmoil, we seek comfort in stories of hope, humility, and the human condition. With raining ash, delusions of grandeur, the series asks, for all of humanity’s idiosyncrasies and flaws, how or why do we choose to persist and find the magic?

It’s Fine I’m Fine will also premiere on NITV on Monday, 10 October at 9.30pm, with new episodes airing weekly on Mondays at 9.00pm. It’s Fine, I’m Fine is an NITV and SBS On Demand exclusive.

An emotional and inspiring observational documentary series following the personal journey of everyday Australians that make up the 7 million adults who don’t have the basic literacy skills and 9 million who lack numeracy skills needed in everyday life.

Host Jay Laga’aia brings together nine everyday Australians who are hoping to overcome their struggle to read, write and do basic sums, and ultimately change their lives forever.

The gated community of Jordnära is covering its tracks after discovering an infiltrator among them. The damage caused by the partisan has changed the conditions for the community, who suddenly face challenging financial times, forcing them to make some drastic decisions to keep their insidious plan alive.

At the same time, they’re trying to find the lost sisters to bring Jordnära back to its former glory. However, their plans face resistance when a suspicious accident with connections to Jordnära occurs, making the local police launch an investigation. What seems like an accident hides more than expected, and while digging closer to the truth, the reality they face gets darker than imagined.

In Swedish with English subtitles. Partisan will begin airing on SBS at a later date, and is and SBS On Demand exclusive. Partisan S1 is currently available on SBS On Demand.

Gorbachev. Heaven is a documentary film about changes that reverberated throughout the world wrought by one man. A film summing-up the life of a man who changed the world in the 20th century. Mikhail Gorbachev’s short time in power was marked by the collapse

He was the architect of Glasnost and Perestroika, policies that gave the citizens of the Soviet Union – what Ronald Reagan called ‘the Evil Empire’ – a chance to be free. He tore down the Berlin Wall. But at the same time, under his rule, the Chernobyl nuclear facility exploded, and its destruction was concealed. Citizens demanding independence in the Baltic states died. Soldiers wielding shovels brutally suppressed protesters in Tbilisi. And Soviet tanks menaced, and killed, peaceful demonstrators in Baku. The Soviet empire collapsed under him – and he is condemned by his own people. With this burden of the past, this lonely old man is living the last days of his life in an empty house in the suburbs near Moscow. History will judge Gorbachev, but Gorbachev presents his own, final testimony.

In Russian with English subtitles. Gorbachev. Heaven is an SBS On Demand exclusive.

Australian Premiere
Tuesday, 20 October on SBS On Demand all episodes.

Bonnie And Clyde is a four-part miniseries about two young, rambunctious lovers and their violent quest for freedom. The series is inspired by the rise and fall of Antonio Marcos van der P. and Enise B., renamed Bonnie and Clyde in the press, who captivated the whole of the Netherlands for two weeks in February 2014.

Esra Kaplan (Dilan Yurdakul) has only a few months left in juvenile detention but decides not to return after a dramatic leave visit to her Turkish family. Instead, she and her boyfriend Greg Driessen (Yannick Jozefzoon) are on the run. For the first time in their lives, Esra and Greg feel free from everything and everyone, but soon the crimes pile up from bad to worse and they come to be known as the ‘Bonnie and Clyde of the Low Countries’. Will they be able to escape and start over together – or will they eventually be overtaken by their past?

In Dutch with English subtitles. Bonnie And Clyde is an SBS On Demand exclusive.

Australian Premiere
Tuesday, 20 October on SBS On Demand all episodes.

The stunning scenery of Ireland’s west coast conceals a dark secret in which Ciara Kenny (Lydia McGuinness) must confront the dramatic consequences of her brother Aidan’s (Kerr Logan) decision to transport drugs at sea from the isolated and traditional rural Irish fishing community in Connemara.

North Sea Connection is an SBS On Demand exclusive.

Australia Uncovered: Me and My Tourette’s

This warm-hearted observational documentary explores the insides world of Tourette Syndrome as three young people, facing major turning points in their lives, head to Tourette’s camp for what might just be a life-changing event for them and their families.

Tourette’s camp is a remarkable event that attracts people with Tourette Syndrome and their families to spend a weekend together on Phillip Island. It’s a rare chance for the community to find the support and acceptance they need.

Australian Premiere
Thursday, 27 October on SBS On Demand all episodes.

Heavily pregnant Chief Inspector Alex Enders (Aylin Tezel) goes on maternity leave and suddenly disappears. She wakes up a week later, bloodied, her baby gone, and with no memory of the birth.

Alex’s boss, Paul Nowak (Özgür Karadeniz), does everything in his power to find her missing baby, but is ultimately unable to do so. When her colleagues make no headway in investigating the kidnapping, Alex takes over. She gets entangled in a web of suspicions and lies and risks everything to get her child back – her job, her relationship, her own life.

In German with English subtitles. Unbroken is an SBS On Demand exclusive.