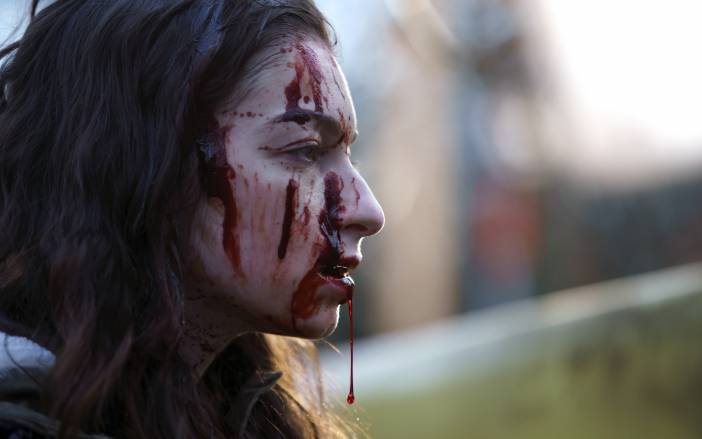 Shudder, AMC Networks’ premium streamer for horror, thrillers and the supernatural, will premiere both the penultimate episode and the season finale of Slasher: Flesh & Blood, starring horror legend David Cronenberg (The Fly, Videodrome), on September 16.

With the premiere of the final two episodes, the full box set of the eight-part season will be available to binge view.

AIPT said the series “will appeal to more than just horror fans,” whilst Nightmarish Conjurings commented that “from the gruesome kills to the mystery who-done-it storylines, there is something to keep viewers hooked.”

The event series Slasher: Flesh & Blood follows a wealthy, dysfunctional family that gathers for a reunion on a secluded island only to learn they’ll be pitted against one another in a cruel game of life and death, all while being stalked by a mysterious masked killer. Nothing is what it seems and no one is safe as the tension – and body count – ratchets up.

As we reach episode seven, entitled ‘Goldfinger’, the contest continues and even more members of the extended Galloway family meet an horrific end. The Gentleman, the mysterious killer stalking the island and dispatching his prey, has found an ally in one of the family members but he is finally unmasked. In ‘Kindred’, the eighth episode and the season finale, the surviving Galloways take matters into their own hands to complete the competition and escape the island. With his identity now known, The Gentleman commits another gory killing, despite sharing a penchant for bloodshed with his victim. The remaining Galloways must face some horrific truths about the competition and their relatives, and the heir to the family fortune can finally claim his or her prize.