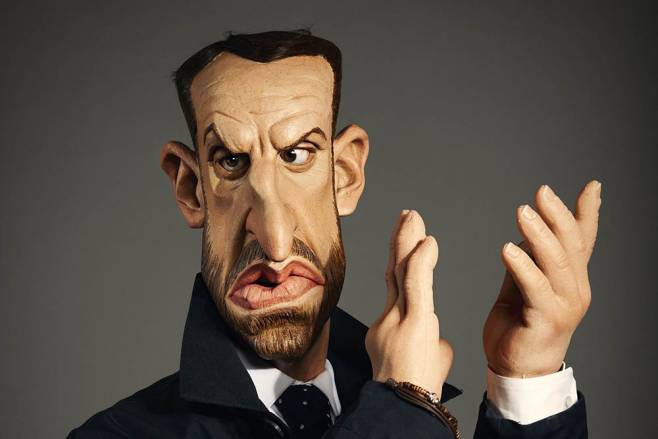 It was announced today that, following the successful return of the show last autumn, Spitting Image is set to hit Britbox UK on 11 September, with puppets of new prominent national figures already in development.

With widespread critical and social media acclaim, Spitting Image has delivered record subscribers for BritBox UK, the BBC and ITV created streaming platform, and a 4.4 million audience for ITV with a one-off US Election Special, the highest Saturday night ratings at that time in four years (one of ITV’s biggest Saturday night ABC1 audiences of 2020).  Across official social media channels, Spitting Image content has been hugely popular with over 200 million views globally and three No. 1 trending videos on YouTube.

Roger Law, Spitting Image co-creator and Executive Producer, said in a further PUBLIC SERVICE SATIRE ANNOUNCEMENT: “In this next Spitting Image Series we will be in line with Boris’s ‘Levelling-up Policy’.  The puppets are moving to Hartlepool.  We were going last week but we all got pinged on our Apps so Dominic Cummings will be driving us back and forth until the HS2 is operating.  Also in line with Boris this series will go massively over budget with the full support of Britbox.  We will also be levelling off the number of our political puppets by introducing puppet characters that have a grasp of what they do for a living – the English football team along with Gareth Southgate for starters. With lunacy rife it is a tough time for satire, but someone has to do it.”

Will Harrison, BritBox UK Managing Director added: “We are looking forward to welcoming the anarchy of Spitting Image back to BritBox this September, and can’t wait to see what Roger and the team have in store for our subscribers this year.”

Nana Hughes, ITV Head of Comedy and BritBox Commissioning Executive, added: “We welcome the return of Spitting Image to Britbox this autumn. With the twists and turns of the current political climate I have no doubt that Roger’s puppets and Jeff’s writing team will produce sketches that will make us laugh a lot and squirm as much as watching Matt Hancock’s secret snog!”

Internationally, it was also announced earlier this year that a bespoke German version would be made for Sky Germany including the globally resonating content from the English language version (redubbed by Germany’s leading voice artists), with new topical local sketches (written by German comedy writers) added – all filmed in the UK-based Spitting Image studio as close to transmission to ensure maximum topicality.  The debut of the first series drew the second-best channel audience figure in Finland for its time slot and was hailed by the leading Finnish newspaper as being, “As vicious and risqué as before” and successfully launched in Belgium with a 22% of total TV audience share, as well as seeing millions of views in the USA via YouTube.