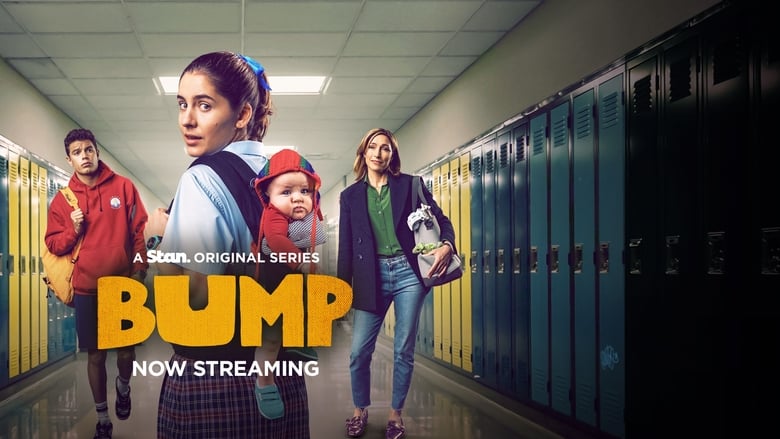 From the creators of the award-winning Stan Original Film A Sunburnt Christmas and starring acclaimed comedian Matt Okine (Stan Original series, The Other Guy) and TV Week Logie Award-winner Miranda Tapsell (The Sapphires, Love Child), Christmas Ransom is a riotous comedy-adventure packed with heart and hijinks. When a beloved toy store is hijacked on Christmas Eve by a pair of bumbling criminals and the struggling owner (Okine) held for ransom, a pair of shoplifting kids are forced to team up with a heavily pregnant security officer (Tapsell) to save Christmas for everyone.

Boxing Day
Brand New Season / All Episodes at Once

When life gets going, love gets bumpy. The brand new season of Bump picks up five years after season 2, with Oly (Nathalie Morris) and Santi (Carlos Sanson Jr) navigating life as co-parents, new partners, Jacinda (Ava Cannon) starting school, and a separation that proves the importance of family. After two smash-hit seasons that captivated audiences in Australia and around the world, the brand new third season leaps into the future for a whole new set of challenges and curveballs.

New Year’s Day
Brand New Series / All Episodes at Once

Starring Travis Fimmel (Vikings), the gripping six-part mystery-drama series combines the character-driven storytelling of a coming-of-age drama with the captivating mystery of a classic whodunit. In 1994, seventeen-year-old Isabel Baker (Talijah Blackman-Corowa) was murdered, shocking the small town of Ashford and devastating Isabel’s Australian South Sea Islander community. The case was never solved, the killer never found. But 25 years later, the opening of a time capsule unearths a secret that puts cold-case detective James Cormack (Fimmel) on the trail of the killer.

Starring Sam Worthington (Avatar), Phoebe Tonkin (Stan Original series, Bloom) and directed and starring Matt Nable (The Dry and Stan Original film, Poker Face), Transfusion is a taut, muscular thriller that follows former special forces operative, Ryan Logan (Worthington). Battling to cope with life after the loss of his wife, Logan is suddenly thrust into the criminal underworld to keep his only son from being taken from him.

December 2
Brand New Series / All Episodes at Once

The Reunion is an adaptation of Guillaume Musso’s bestselling novel La Jeune Fille et La Nuit. Starring Ioan Gruffudd (Fantastic Four), Ivanna Sakhno (Pacific Rim Uprising) and Grégory Fitoussi (Spiral), the mini-series is set in the picturesque French Riviera at a high school reunion, where three former friends reconnect. Despite growing apart and losing touch, they are bound by a tragic secret tied to the disappearance of a high school girl who went missing 25 years prior.

December 21
Brand New Season / All Episodes at Once

The critically acclaimed dark comedy-drama series starring Billie Piper (Collateral, Doctor Who) returns for its second season. The brand new season sees Suzie Pickles (Piper) attempt to rebrand herself after the chaotic and traumatic experiences of the first season. With a new agent, new PR and a new job, Suzie is determined to win the love of the public and fund a more stable life for her son.

From executive producer Curtis “50 Cent” Jackson and featuring Snoop Dogg, the Detroit-based family crime drama is back for its highly anticipated second season. Inspired by a true story, BMF follows two brothers who rose from the decaying streets of southwest Detroit to make one of America’s most influential crime families. This season will explore the brothers’ complex relationships with their parents and each other as they fight to expand their narcotics business in pursuit of the American dream.

Starring Bryan Cranston (Breaking Bad), the acclaimed legal thriller that broke network viewership records in the U.S. will return for season 2. This season the stakes are higher as the series delves deeper into the web of crime organisations that continue to grow in New Orleans, threatening to incite war on its streets.

Michael Cusack, co-creator of Smiling Friends, returns to his first Adult Swim series with a brand new season of YOLO, now called Silver Destiny. The series features best friends Sarah and Rachel, an off-color duo trying to live life the best way they can. But life gets in the way, and the two can’t help but get sucked into the troubles of the series’ many wacky characters. Whether it’s Bush Wizards or giant floating “Terry” heads, craziness seems to follow wherever they go.

Starring Daniel Radcliffe (The Woman in Black, Now You See Me 2) and Steve Buscemi (Reservoir Dogs, Fargo), Miracle Workers is an anthology comedy series featuring a wild cast of characters set everywhere from the offices of Heaven Inc, to the medieval Dark Ages, and the American Old West. This season is set in a post-apocalyptic future, where a wasteland warrior (Radcliffe) and ruthless warlord (Geraldine Viswanathan) must face the most dystopian nightmare of all: settling down in the suburbs.

Highlights on Stan this December include:

Sins of the City: Season 3, Episode 6

The Magic Of Belle Isle

Sins of the City: Season 3, Episode 7

New York, I Love You

A Woman As A Friend

I Am Not Your Negro

After the Verdict: Season 1

I’m Glad My Mother Is Alive

This summer is loaded with more must-watch TV to dive into on Stan including: After the Verdict, Us, Todd Sampson’s Body Hack and more!

Stan is your one-stop destination for entertainment for the whole family with countless hours of movies and series for kids of all ages. January will see brand new movies and series to discover on Stan including: DC Superhero Girls: Brain Drain, Wacky Races and The Mighty Ones.