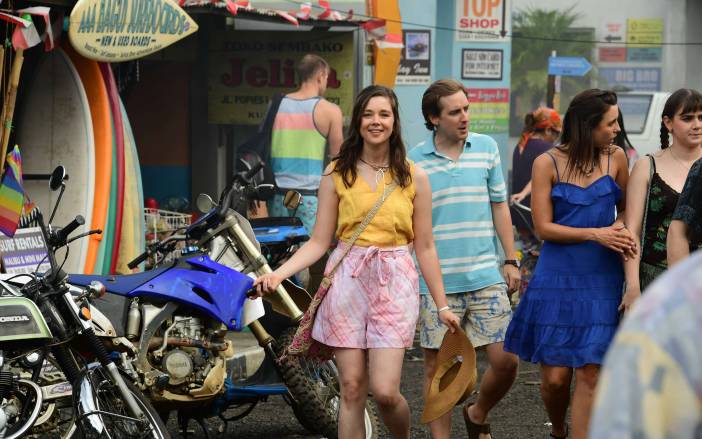 Starring Claudia Jessie (Bridgerton), Rachel Griffiths (Total Control), Richard Roxburgh (Rake), Sean Keenan (Stan Original Film Nitram), Srisacd Sacdpraseuth (Mystery Road) and Sri Ayu Jati Kartika, the Stan Original Series Bali 2002 follows the stories of the everyday heroes from Bali, Australia and beyond who arose in the aftermath of the Bali bombings. On 12th October 2002, the island of Bali was shattered by a terrorist attack on two of Kuta Beach’s busiest nightclubs. Local Balinese and the mainly Australian and British tourists scrambled to rescue the injured and comfort the dying. Australian and Indonesian authorities mobilised to evacuate survivors, identify victims and investigate what really took place. Amidst this chaos, heroes arose from the most unlikely places and people united in the search for healing, justice and meaning.

Based on Alex Scarrow’s international bestselling novel, the Stan Original Series Last Light stars Matthew Fox in his highly anticipated return to TV, alongside Joanne Froggatt. Andy Yeats (Matthew Fox) knows how dependent the world is on oil; if something were to happen to the world’s oil supply, it would set off a chain reaction: transportation would grind to a halt, supplies would cease to be delivered, law enforcement would be overwhelmed. While on a business trip to the Middle East, Andy realizes that his worst fears are coming true and his family is separated at this crucial moment. His teenage daughter, Laura (Alyth Ross), is alone at home in London while his wife, Elena (Joanne Froggatt), and young son, Sam (Taylor Fay), are in Paris. Amid this chaos, each family member will sacrifice everything to find one another, despite the distance and the dangers that separate them.

Executive produced by Jerry Bruckheimer, American Gigolo is a present-day reimagining of the iconic 1980 film that follows Julian Kaye (Jon Bernthal, We Own This City) after his wrongful conviction release from 15 years in prison as he navigates his complicated relationships with his former lover Michelle (Gretchen Mol, Boardwalk Empire), his troubled mother, and the people who betrayed him. While Julian struggles to reconcile the escort he was in the past and the man he is today, Detective Sunday (Rosie O’Donnell,  The L Word®: Generation Q) seeks the truth about the murder that sent Julian to prison all those years ago, unearthing a much larger conspiracy along the way.

Starring two-time SAG Award Winner Charles Dance (The Imitation Game, Game Of Thrones), two-time BAFTA nominee Samantha Morton (Minority Report, The Walking Dead), Amrita Acharia (Game of Thrones) and Australia’s own Adam Garcia (Coyote Ugly), The Serpent Queen is the dark legend centered on Catherine de Medici (Samantha Morton). Considered an immigrant, common and plain, de Medici is married into the 16th century French court as an orphaned teenager expected to bring a fortune in dowry and produce many heirs, only to discover that her husband is in love with an older woman, her dowry is unpaid and she’s unable to conceive. Yet, only with her intelligence and determination, she manages to keep her marriage alive and masters the bloodsport that is the monarchy better than anyone else, ruling France for 50 years.

New Amsterdam follows Dr. Max Goodwin, the medical director at America’s oldest public hospital, who breaks the rules as he takes on a mission of reworking the U.S. medical system. After becoming the medical director of one of the United States’s oldest public hospitals, Dr Max Godwin (Ryan Eggold) sets out to reform the institution’s neglected and outdated facilities to treat the patients.

TikTok, Boom. is loosely structured around three prominent TikTok personalities: Feroza Aziz, an Afghan-American teen censored by the platform for speaking out on the Uyghur genocide; Spencer X, a beatboxer who found creative and commercial success on the app; and Deja Foxx, an activist and political strategist who founded the online community GenZ Girl Gang.

The Weight of Gold – 6 September

The Weight of Gold is a sports documentary that explores what it’s like for Olympic athletes who dedicate their lives in the pursuit of winning gold at the games. Globally recognised as the absolute pinnacle of sporting achievement, this fleeting yet momentous occasion is the stuff of legends. Being the best in the world and taking top honours in a competition designed to see humans go faster, higher and further is all about winning and being the best you can be. Being an underlying caveat of what it means to be American, it’s no wonder the country dedicates itself to fostering the natural talents of its people, pushing them to greatness.

The Perks Of Being A Wallflower

The Next Step Live: The Movie

Sherlock Holmes 2: A Game Of Shadows

A Gun In Each Hand

The Queen Of Versailles

Teen Titans Go! To The Movies

A Life In Ten Pictures: Season 1

What Will People Say

A Star Is Born

I Promise You Anarchy

We Hunt Together: Season 1