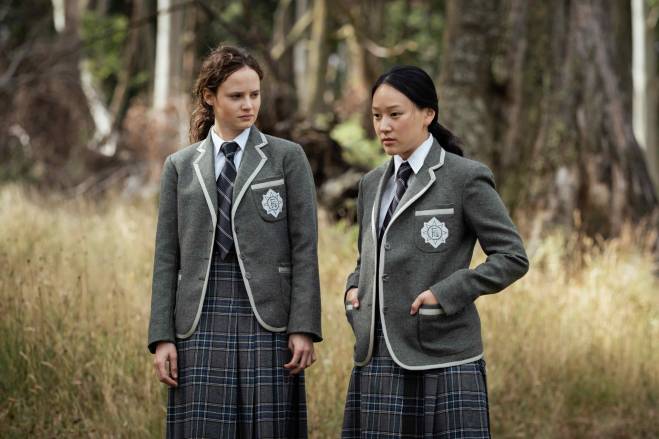 Bad Behaviour is based on the acclaimed book of the same name by Australian writer Rebecca Starford, and is produced by Matchbox Pictures, which is part of Universal International Studios, a division of Universal Studio Group.

Jana McKinnon (We Children from Bahnhof Zoo) plays scholarship student Jo, who comes to Silver Creek for a year of character development at the prestigious girl’s boarding school’s wilderness site. Only to be thrown into a dormitory full of the most volatile and vulnerable people.

Bad Behaviour spans past and current timelines, exploring the intensity of female friendships, ceremonial ceremonies, growing sexuality, and a vicious struggle for dominance. Even ten years after this formative year in camp, the series exposes that no one has emerged undamaged – and most have been wounded for life.

The series is written by Pip Karmel (Total Control, New Gold Mountain) and Magda Wozniak (Mustangs FC, The Heights), produced by Amanda Higgs (The Secret Life of Us, Seven Types of Ambiguity), and directed by Corrie Chen, and is led by an all-female creative team (New Gold Mountain, Homecoming Queens).

Alastair McKinnon, Managing Director, Matchbox Pictures, said: “Featuring a sensational cast of rising global stars, Bad Behaviour delves into a darker side of the school experience and the reverberations that can carry through to adulthood. This is a story that will resonate with audiences all over the world who are either living it or remember too well the pressures of fitting in and getting on in order to survive high school.”

Corrie Chen, Director, said: “Bad Behaviour is a wild and poetic show that is propelled by performances of cinematic ambition. I have never felt so intoxicated by an incredible cast who continued to reach emotionally raw and surprising places at two different age groups. This is a story about growing up and the power of unspoken female desire – and what it feels like to finally have that heard.”

Amanda Higgs, Producer, Matchbox Pictures, said: “Bad Behaviour questions who we really are when we dare to look at ourselves through the eyes of others. Its starting point is the intense intimacy of female teen friendship at an age where approval becomes our obsession. Where the excruciating ambiguity of what lies between good and bad behaviour can undo us all. To adapt a story of this particular nature and emotional specificity requires people who recognise these characters and actively champion them. We have been truly fortunate to work with an undeniably compelling ensemble, led by the incomparable Jana McKinnon.”

Cailah Scobie, Chief Content Officer at Stan, said: “Bad Behaviour promises to be an extraordinary Stan Original Series, and the talented creative team secured an outstanding young, diverse cast to bring this story to life. Matchbox Pictures producer Amanda Higgs, director Corrie Chen and the cast of Bad Behaviour have done an incredible job of crafting this premium drama, and we look forward to sharing it with our Australian viewers soon.”

The series is produced by Matchbox Pictures, which is part of Universal International Studios, a division of Universal Studio Group. Major production investment from Screen Australia in association with Stan, with development and production support from VicScreen. Distribution is handled by NBCUniversal Global Distribution.

In Australia, Bad Behaviour will stream on Stan.