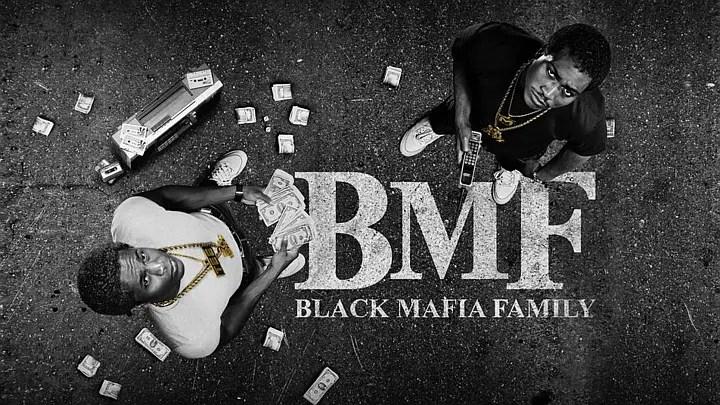 STARZ released today the trailer for season two of its highly anticipated Detroit-based family drama “BMF,” premiering on Friday, January 6, 2023, at midnight on the STARZ app, all STARZ streaming, and on-demand platforms and internationally on the LIONSGATE+ premium streaming platform in the UK and Brazil. On linear, it will debut on STARZ @ 8:00 PM ET/PT in the U.S. and Canada.

Inspired by true Legends, season two of “BMF” chronicles the unconventional journey to success of the Flenory brothers, Demetrius Flenory “Big Meech” and Terry Flenory “Southwest Tee”, who rose from the depths of poverty, navigating the war on drugs in Detroit, and became game changers in hip-hop and culture. Throughout the emotional season, the audience roots for the Flenory brothers during their pursuit of their American Dream, as they build a better life in a system that was stacked against them. The universal themes of family, faith, and loyalty are explored both at home and on the streets. The brothers work to outmaneuver the government and expand BMF into a multi-state empire.

“BMF” is executive produced by Curtis “50 Cent” Jackson through his G-Unit film and television (Executive Producer of the “Power” Universe, “For Life“), alongside showrunner, executive producer, writer, and Detroit native Randy Huggins (“Star,” “Rebel,” “Power“). Heather Zuhlke, Anthony Wilson, and Anne Clements also serve as executive producers on the series. “BMF” is produced through Jackson’s G-Unit Film and Television in association with Lionsgate Television for STARZ. Costume designer Keia Bounds (“Chappelle’s Show,” “Law & Order: Criminal Intent“) transports the cast back into time with the fashion of the 80s with a dynamic soundtrack from Derryck (Big Tank) Thornton (“The Chi,” Swagger, Greenleaf). Senior Vice President of Original Programming Kathryn Tyus-Adair is the executive overseeing “BMF” on behalf of STARZ. Erin Conroy is the executive overseeing the series on behalf of Lionsgate Television.

“BMF” returns for a second hit season and dramatizes the inspiring true story of two brothers Demetrius “Big Meech” Flenory (Demetrius Flenory, Jr.) and Terry “Southwest T” Flenory (Da’Vinchi), who rose from the decaying streets of southwest Detroit in the late ’80s and gave birth to one of the most influential crime families in the country, Black Mafia Family. “BMF” continues to humanize the choices of the brothers and their pursuit of the American Dream. Rooted in family, loyalty, and brotherhood, the series continues to explore the brothers’ complex familial relationships with their parents Charles Flenory (Russell Hornsby) and Lucille Flenory (Michole Briana White) who seek counsel from their spiritual advisor Pastor Swift (Snoop Dogg). Rooted in authenticity and told with grit, heart, and humor, we parachute into the season with Meech and Terry at odds. Meech wants to expand the business beyond Detroit, yet Terry is no longer in the game and is focused on school and launching a legitimate car-ride service with his Pops. As the season unfolds, the streets implode and the brothers risk losing everything. We find out what happens to Meech and Terry as they both seek to become stronger than ever and strategically execute a new vision. Along the way, they meet and form an alliance with Goldie (Oscar-winner Mo’Nique), a sophisticated Atlanta strip club owner, who helps Meech forge his future. As the brothers reflect on their wins, little do they know that their new beginnings will also be plagued with new obstacles.