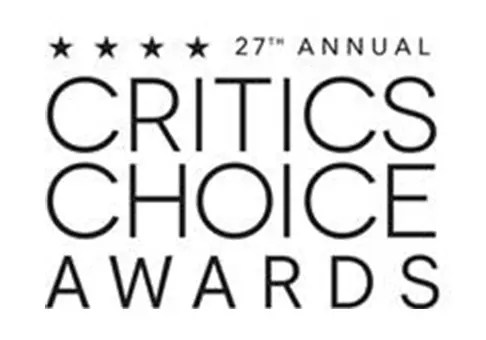 Several programs earned four nominations each, “Only Murders in the Building” (Hulu), “Ted Lasso” (Apple TV+), “The Good Fight” (Paramount+), “This Is Us” (NBC), and “WandaVision” (Disney+).

“Although the industry is still recovering from the COVID-19 lockdown, you wouldn’t know it from the wealth of amazing television programs our nomination committees pored through to come up with this year’s nominees,” said Critics Choice Association TV Branch president Ed Martin. “We have even more choices than we did before the pandemic, for critics and viewers to embrace. While the streamers continue to break new ground with some wonderfully unexpected offerings, it has been an unusually strong year for all areas of television. We look forward to honoring the year’s finest shows at what promises to be our most exciting awards ceremony yet.”

The 27th annual Critics Choice Awards show will be produced by Bob Bain Productions and Berlin Entertainment. The CCA is represented by Dan Black of Greenberg Traurig.

About the Critics Choice Association (CCA)

The Critics Choice Association is the largest critics organization in the United States and Canada, representing almost 500 media critics and entertainment journalists. It was established in 2019 with the formal merger of the Broadcast Film Critics Association and the Broadcast Television Journalists Association, recognizing the intersection between film, television, and streaming content. For more information, visit: www.CriticsChoice.com.