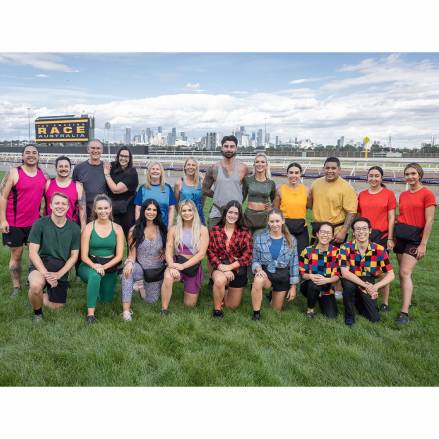 Five teams made their way from Cartagena to Belize City on last night’s episode of The Amazing Race Austalia. Due to Covid continuing to play havoc, Frankie had to begin the race alone because Angel had to travel more than 500 km to catch up due to Covid flight delays.

Teams had to put cashews in a jar for the first task. Teams had to light a fire, roast the cashews, and then carefully break the shell open to reveal the nut inside. Even though Frankie finished the challenge by herself, she was still able to surpass Chelsea and Jamus, who finished it in the dark.

The location of tonight’s roadblock was a rum factory, but this wasn’t a drinking session because one team member had to clean 36 empty bottles. Heath believed he had aced the challenge, but he quickly realised he had forgotten to remove the tiny expiration date from the bottle.

Teams at the Belize Zoo chose to clean a tapir’s poop pen. The stinky, filthy challenge had a time limit: it could only last as long as the tapir ate its breakfast.

Teams had to choose between learning to play Waltzing Matilda on steel drums or consuming 25 piping hot pies as part of the Detour. After being forced to consume 50% more pies as a result of their lack of restraint, Chelsea and Jamus had no problem skipping dinner that evening.

Chelsea and Jamus won their first leg at the Pitstop. Sadly, Flick and Gabby were only 25 seconds behind Angel and Frankie when they came in last.