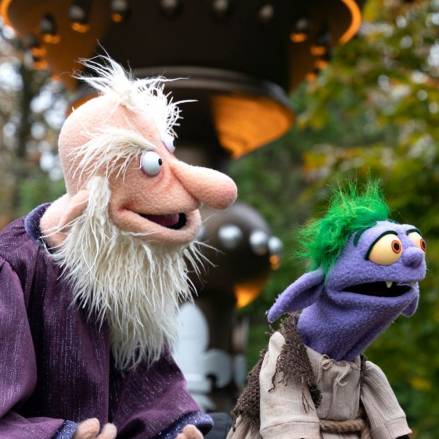 The quest is yet to come in Nickelodeon’s all-new live-action puppet comedy series, The Barbarian and the Troll.

The series, which will premiere on Monday, 18 July at 11.45am on Nickelodeon, follows Evan, a bridge troll in search of adventure and Brendar, a fierce female warrior on a quest to defeat the evil demon who has imprisoned her brother.

In the series premiere, Evan the troll decides to burn his bridge and venture out into the world of Gothmoria for the first time to fulfill his lifelong dream of becoming a singer. He soon meets Brendar, who had been expelled from the Royal Order of Warrior Princesses and is now known as a “feared and revered” barbarian.  After Evan convinces Brendar to bring him on her quest to vanquish the evil demon, they cross treacherous terrain to confront bizarre and magical creatures and encounter an eclectic puppet cast of wacky characters.

The Barbarian and the Troll is co-created and executive produced by Mike Mitchell (Trolls, The Lego Movie 2: The Second Part) and Massey. Mitchell also serves as the show’s primary Director.  Production of The Barbarian and the Troll for Nickelodeon is overseen by Zack Olin, Senior Vice President, Live Action; and Shauna Phelan, Senior Vice President, Live-Action Scripted Content.

The Barbarian And The Troll premieres Monday,18 July at 11.45am On Nickelodeon.