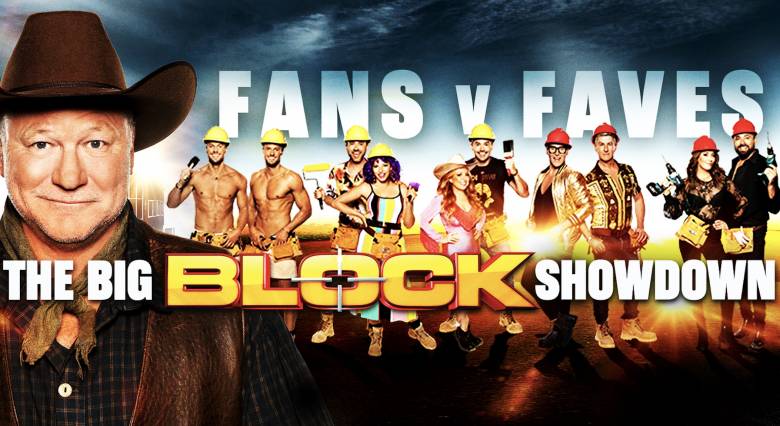 Josh and Luke are still furious about the last night where they scored a seven, one of the lowest scores on The Block in the history of the show.  Luke calls the judging “disgusting”.

At the last Domain Open For Inspection everyone loves Ronnie and Georgia’s spiral staircase, and the consensus is that they deserved to win.

Josh and Luke pick their spaces apart, including their fourth bedroom behind the garage. Luke is very vocal and believes the judges are inconsistent.

In Kirsty and Jesse’s space, which came second, the twins and Mitch and Mark are also critical, they think it’s a bit of a wasted space and not very liveable.

Luke carries on yet again, it seems in his last week on The Block it’s going to be his mission to try and bring down Darren, Shaynna and Neale.

It is Chaos Week on The Block, the front facades and front gardens all must be completed to finish off the house.

Kirsty and Jesse have the biggest front yard and serious budget issues, and they will have to do some of the landscaping themselves.

Mitch and Mark have sub ventilation issues with House No.2 and Foreman Dan points this out. They have a bit of a confrontation with Dan about it, insults are thrown around, and Dan walks off. They want a solution to the problem and don’t think Dan is helping.

Tanya and Vito were told by the judges they should redo their garage and install a fourth bedroom at the back. But after speaking to their agent Jesse Raeburn, who was a contestant on The Block at The Oslo, they decided to keep with their original plan. Jesse thinks the house will still sell with just three bedrooms.

While they complained all day about the judges, Josh and Luke take on their feedback and ditch the strange ensuite in their fourth bedroom/study and decide to make a bathroom in the garage.

Ronnie and Georgia go away for their last winning night on The Block, they had a very successful time this season winning five rooms.

Dave Franklin is back on The Block, the landscaper is making an urban forest for the residents of Bronte Court.

Scotty reveals to the contestants, thanks to A2 Milk, our families of our Block contestants are arriving from all around Australia, they all couldn’t be happier.

The last Winners and Grinners dinner takes place and Ronnie and Georgia put on a takeaway Thai dinner. They have won the right to choose the auction order after taking the most points out for the season.