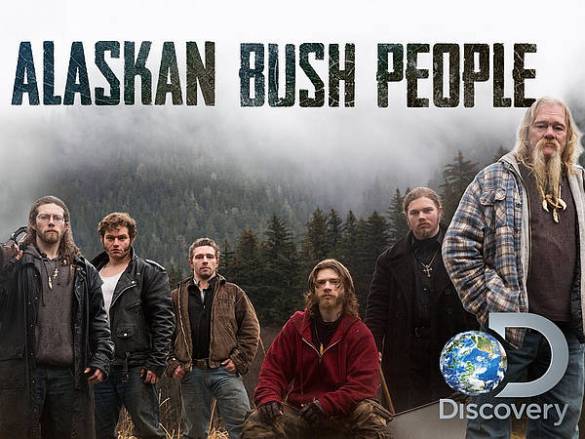 Following a devastating wildfire that swept through North Star Ranch last year, the Browns return to survey the destruction. With many struggling to cope in the aftermath, father Billy inspires big, new adventure to keep the dream alive, including the hunt for gold and an epic voyage back to Alaska. But then, unthinkable tragedy strikes, and leaves the family picking up the pieces after the loss of their patriarch.

The brand-new season of ALASKAN BUSH PEOPLE premieres, Sunday, September 19 @ 8PM ET/PT on Discovery and streaming on discovery+. The Brown family is dedicating this season to their beloved patriarch, Billy Brown. He was a trailblazer, and the family will strive to keep his dreams and sense of adventure alive for generations to come.

In the weeks prior to the wildfire, the Brown family discovers gold mine entrances on unexplored areas of their land, leading siblings, Bird, Rain, and Bear to explore more than 70 feet below ground. Following the wildfire that swept through the mountain, the Wolfpack returns to their homestead to assess the damage and decide if the dream they’ve been building in Washington is worth carrying on. But some of the Browns struggle to push forward on their mountain home and long for life back in Alaska.

Just as the family begins to recover from the fire, they suffer their most devastating test yet – with the loss of their revered patriarch, Billy. A father, a husband, and a hero to the pack – the loss creates a seismic shift in the Brown family as they question the will to carry on. The dream Billy fought so hard to achieve for his family – hangs in the balance.

In addition to watching the series on Discovery, viewers can stream past seasons of ALASKAN BUSH PEOPLE on discovery+. Viewers can join the conversation on social media by using the hashtag #AlaskanBushPeople, as well as follow Alaskan Bush People on Facebook, Instagram, and Twitter for the latest updates.