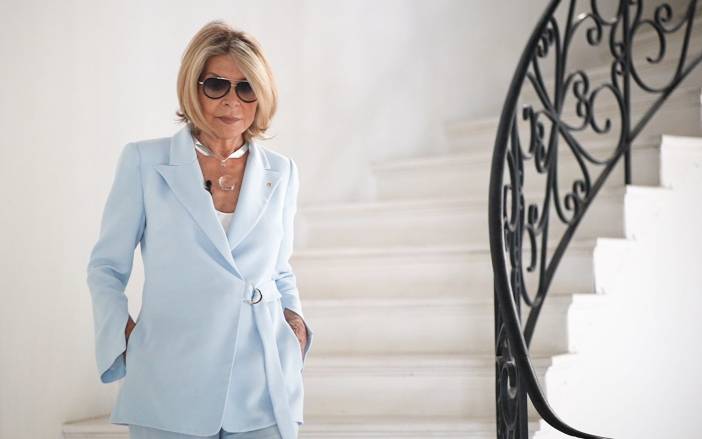 Documentary series “The Italians” to launch on SBS, featuring; an Australian fashion icon, “Australia’s Coffee King”, and many more…

“The Italians”, is a 11 part docuseries, which captures the remarkable stories of well-known Italian Australians on their journey to success. The series is set to launch on SBS TV and SBS On Demand on 13 December 2021.

This series features some of the “who’s who” of Italian Australians. From an Australian fashion icon to “Australia’s Coffee King”, an international bestselling author to renowned chefs and restaurateurs.

“The Italians”, which was initially developed as a web series, is a Co.As.It. Sydney production, created and directed by Marketing, Events & Communication Manager, Carlos Raso, under the leadership of General Manager, Thomas Camporeale, and filmed by Nowhere Famous.

“As the leading Italian community organisation in NSW we work to maintaining the Italian language and culture, and this series has been a wonderful way to capture some of the significant stories of these celebrated Italian Australians. We are thrilled to partner with SBS to reach a wider audience across Australia,”

The series captures themes which are synonymous with the Italian culture of fashion, food, coffee, and the arts. It features some very recognisable Italian names including; “Australia’s Coffee King”, Les Schirato, CEO of Vittoria Food & Beverage. To others, that may not have an Italian sounding name but whose Italian connection in Australia dates back to 1880. This is the case with Chairperson of Australia’s largest independent produce retailer, Harris Farm
Markets, Catherine Harris. Born Catherine Mary Rossi, Catherine shares the story of her ancestors Francesco Villa and Maffio Rossi, who arrived in Australia in 1880.

“The Italians”, features Australian fashion icon Carla Zampatti, in one of her last interviews before passing away earlier this year. Other episodes in the world of fashion and style include; Australia’s leading jewellery designer, Nicola Cerrone, and Chris and Anthony De Lorenzo, Directors of the haircare dynasty, which carries their family name and was established by their fathers, Vincent and Anton De Lorenzo in 1987.

The arts are also a common theme within this series with episodes featuring; Artistic Director of Opera Australia, Lyndon Terracini, international acclaimed comedian, Joe Avati, and awardwinning author Melina Marchetta. Melina, who is best known for her novel, “Looking For Alibrandi”, which in 2000 became a film that screened in theatres around Australia and the world.

Food, a central part of Italian culture, also features heavily in this series with renowned chefs and restaurateurs, Armando Percuoco and Alessandro Pavoni being highlighted. Along with the man behind the pizza many judge the best Neapolitan-style in Sydney, Luigi Esposito.

This attention-grabbing mix of themes and personalities delivers a unique insight into the lives of Italian Australians, from the perspectives of migrants and the children of migrants. This series, which was named as a finalist in the NSW Premier’s Multicultural Communications Awards in the category of Best Audio-Visual Report, invites you to experience the stories that have helped shape the Italian Australian landscape of today. By showing how the Italian heritage of these prominent figures has helped to form their path to the top of their fields.

“The series highlights the contribution of Italian Australians over the years and the vast impact this has had on Australia. The series also looks to inspire Italian Australia to connect with their Italian heritage. These are only some of the numerous Italian Australian success stories, and we intend to feature more tales of triumph in “The Italians” second seasons,”

The Italians Premieres 13 December on SBS TV and SBS on Demand.