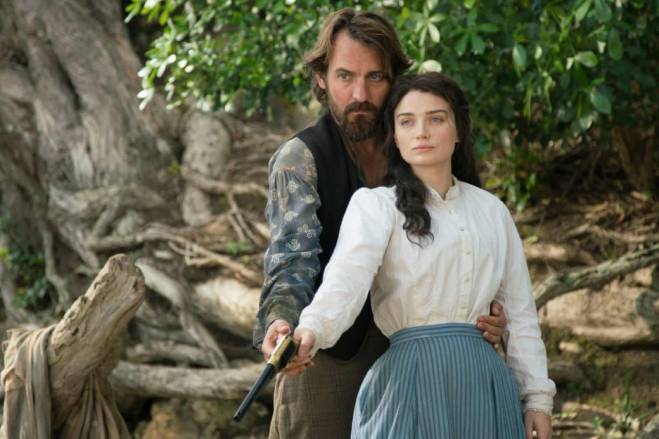 Six part drama The Luminaries, a UK-New Zealand co-production set in the 1860’s, premieres on Paramount+ at the end of this month.

The story follows defiant young adventurer Anna Wetherell (Eve Hewson), who has sailed from Britain to New Zealand to begin a new life.

There she meets the radiant Emery Staines, an encounter that triggers a strange kind of magic that neither can explain. As they fall in love and are driven together and apart by fateful coincidence, these star-crossed lovers begin to wonder: do we make our fortunes, or do our fortunes make us?
With everything that that makes a good drama: murder, love and revenge, as men and women travel the world making their fortunes, this is unmissable TV.