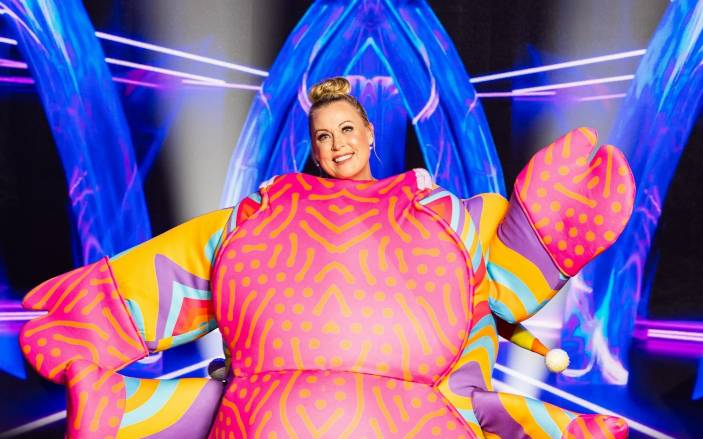 The triple Olympian, best-selling author, and well-known television and radio personality demonstrated her ability to run laps around the stage as well as in the pool while concealed beneath a magnificent Caterpillar costume.

Despite her rendition of Tones and I’s Cloudy Day going swimmingly, the Caterpillar was no match for Rooster’s cocky take on 24K Magic by Bruno Mars. Guided by the clues, Mel B thought Caterpillar was the infamous Schapelle Corby, Abbie Chatfield was set on The Project panelist Carrie Bickmore and Dave and Chrissie were convinced it was Australian athletes Sally Pearson or Emily Seebohm.

After her unmasking, Lisa said:

“Caterpillars can’t sing, but we do turn into beautiful butterflies. And that I can do. Well at my age, I’ll probably turn into a moth!”

With performances to analyse and fresh clues up on the board, are you any closer to guessing who’s behind Popcorn, Tiger, Rooster and Snapdragon?

The Masked Singer Australia returns tonight at 7.30pm on Channel 10.