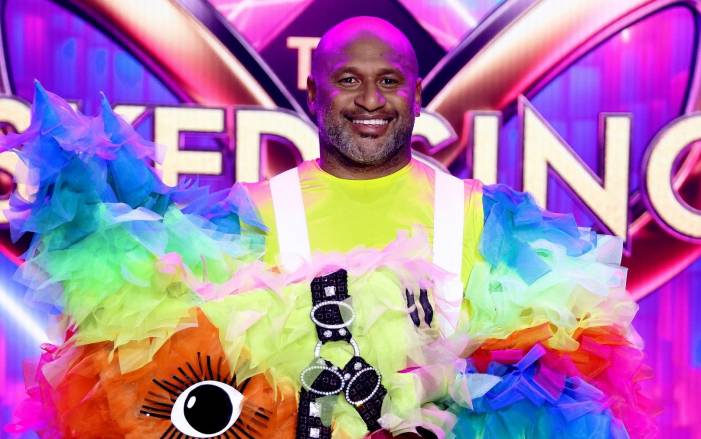 Footy legend Lote Tuqiri has been unveiled as the fourth superstar performer on The Masked Singer Australia.

Hidden beneath a magnificent Piñata costume, the Fijian and Australian dual-code player proved he’s got moves on the stage as well as on the field.

Despite a super fun rendition of LMFAO’s Party Rock Anthem, the Piñata was no match for Kebabs spicy take on The Middle by Zedd.

When Piñata finally peeled off his mask, it was a sweet surprise for our hosts and panelists.

“I’ve never seen a retired footballer move like you do. You threw us.”

“I tried to bring the energy. I thought I was Britney Spears coming in. This is awesome. I’ve dominated a different arena, so I am happy with that!”

With performances to analyse and fresh clues up on the board, are you any closer to guessing who’s behind Baby, Atlantis, Lightning and Kebab?

The Masked Singer Australia returns Tuesday night at 7.30pm with that same chaotic energy you know and love.

The Masked Singer Australia continues Tuesday night at 7.30pm, only on 10 and 10 Play on demand.