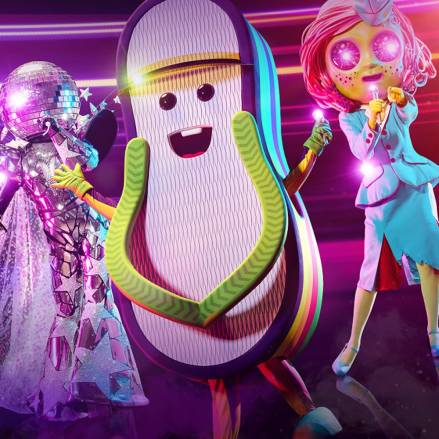 Returning to our screens with new panellists, stars, and masks is The Masked Singer Australia.

Celebrities will be hiding under some of the craziest costumes to ever appear on television this season, thanks to the brilliant imagination of Oscar, BAFTA, and AFI-winning costume designer Tim Chappel.

We are excited to reveal that three of the masks singing and dancing their way into your imagination this year will be Mirrorball, Zombie and Thong.

Mirrorball is ready to spin their way onto The Masked Singer Australia stage – but will they reflect the celeb under the mask?

Zombie joins us from beyond the grave. Typically, zombies are dead and slow, but rest assured our Zombie will put on a lively performance! It’s a no-brainer!

And move over Pavlova, because there’s a new Aussie icon stepping up this season! The iconic double plugger, Thong! Will they flip or will they flop?

With mystery celebrities coming from Australia and around the world to perform, the panel must use their combined showbiz know-how to unravel who is behind the mask.