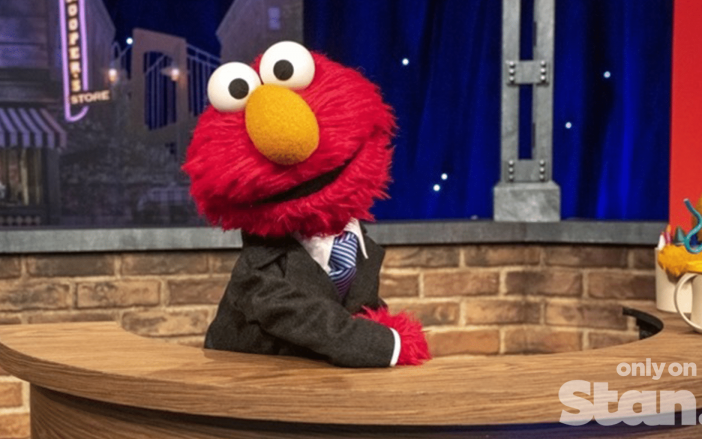 Stan today announced that The-Not-Too-Late-Show with Elmo, the star-studded talk show from the Sesame Workshop, will air for the first time in Australia with all episodes at once this Friday 25 March only on Stan, hosted by everyone’s favourite red monster Elmo.

With Cookie Monster as his sidekick, fellow Sesame Street buddies as backstage crew, and even his own house band, Elmo welcomes an incredible roster of guests to The Not-Too-Late Show to entertain families with music, games, and fun.

With a little help from these celebrity visitors, The Not-Too-Late Show with Elmo delivers classic night-time routines like brushing teeth, choosing a bedtime story, and putting on pyjamas a fresh and exciting twist that only Elmo could deliver, just in time for the Easter school vacation break.

Only on Stan, The Not-Too-Late Show with Elmo premieres on March 25.