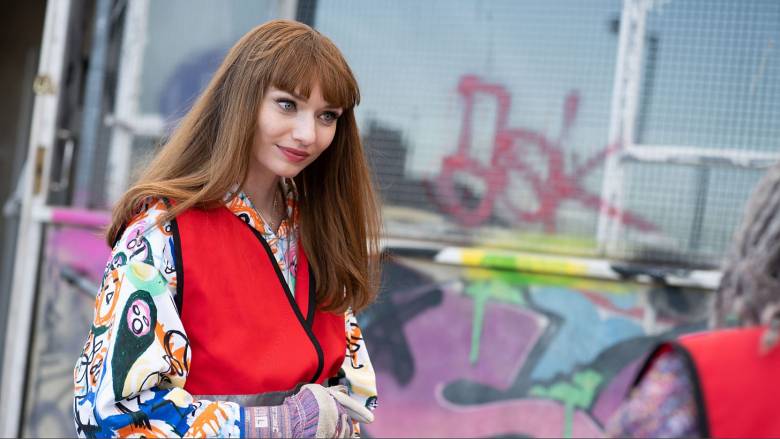 The Outlaws is a contemporary British drama premiering Mon 25 Oct on BBC One, about a disparate group of lawbreakers thrown together to complete a community service sentence. Seven strangers from different walks of life – people who would never normally interact – are forced to work together to renovate a derelict community centre. They resent the menial physical labour and they resent each other. But when one of their number gets dragged into a dangerous world of organised crime, they unite in ways none of them thought possible.

Academic high-flyer Rani has been hot-housed from a young age and has never really known a world outside her overprotective family. When her serial shoplifting finally catches up on her, she is given community service – much to the shame of her parents and to the detriment of her Oxford University scholarship. Removing graffiti at a dilapidated community centre under the watchful eye of jobsworth supervisor Diane, Rani finds herself interacting with very different people for the first time. Including people like Greg, the inept lawyer caught soliciting in a local car park, and Gabby, the socialite with 1.5 million followers who seems to have it all, but is prey to drink and drug problems.

And then there is Christian, an unassuming young man with a complicated story of his own. Sole carer of his kid sister Esme, he’s trying and failing to keep her away from a local gang. To protect her, he ends up doing the bidding of the gang’s charismatic leader. This leads to him stealing a big bag of cash and hiding it in the very community centre where he and the other outlaws are working.

But Christian doesn’t hide it well enough, and soon some of the other outlaws – including John (the right-wing blowhard businessman), Mryna (the radical activist stuck in the 1980s), and Frank (an unreformed con-artist and womaniser) – suddenly and accidentally take possession of a life-changing amount of money. Without realising it, Christian and the outlaws have placed themselves in the centre of a highly dangerous criminal turf war. And it will be Rani who ends up saving them.

Set in modern-day Bristol, the series celebrates the city’s distinctive culture and people. Along the way, there’ll be legal chicanery, budding romance, audacious acts of heroism and unexpected cases of mistaken identity. As the net closes around them, the outlaws will come to realise that they have more in common than that which sets them apart.