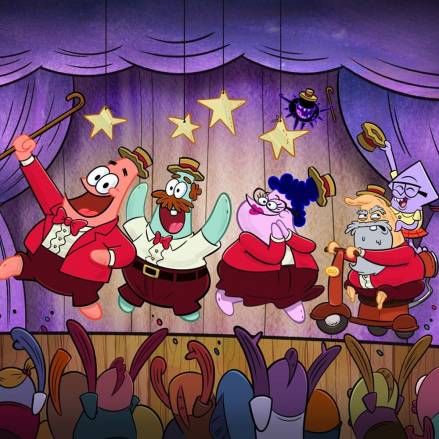 Lights. Camera. Distraction! The world’s most famous pink sea star, Patrick Star is stepping into the limelight for his very own show. From under the sea in Bikini Bottom, comes Nickelodeon’s all-new original animated series, The Patrick Star Show, which will premiere on Monday, 13 December at 4pm on Nickelodeon.

The Patrick Star Show is the second spinoff of the popular animated series SpongeBob SquarePants and follows a younger Patrick Star living at home with his family, where he hosts his own variety show for the neighbourhood from his television-turned-bedroom.