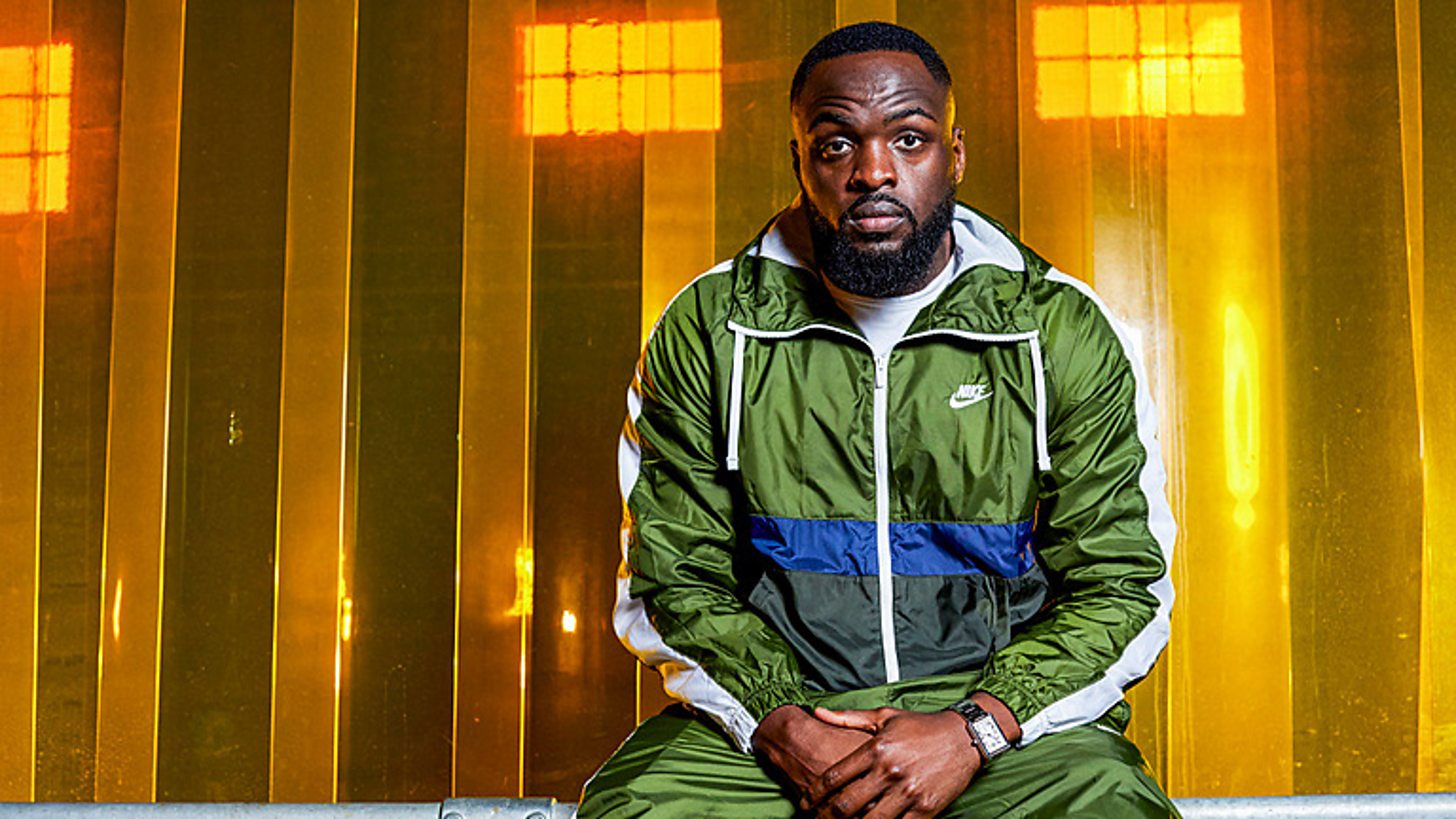 Hailing from Croydon, South London, Big Jest has dubbed himself the ‘punchline king’ due to his effortless flow, and ability to seamlessly incorporate (and use) wordplay in his bars. An established artist in his own right, and the oldest of this series’ contestants, Big Jest is an entertainer, and has been since he began making music with his brothers at 14 years old. Using music as a medium to process his emotions and the trials he’s faced in life, the rapper, who’s previously released viral hits such as ‘Mo Salah’, is hoping his years of experience will set him apart from the rest of this year’s talent.

How did you get your start in music?

My start came from rapping on the playground – everyone used to rap in my school and the genre was mainly Grime, but that wasn’t my thing as much. I’ve got two older brothers who I really look up to, and they were also doing Grime; so I was in Year 10, about 14 years old and I had all these bars I’d written that no one had heard, but I wanted to do what they were doing, and I’d see how my dad would react when my oldest brother would spray his little eight-bar, and I really wanted that reaction too.

So, that’s what really made me want to get started – my brothers; and it was just something that all of us tried our hand at, especially if you’re young in South London. Honestly, I only really got into it around Year 10, and I was writing these bars that no one had heard – not even my brothers – but I was with the guys in school and just rapped it to my friends one time and they all went mad like “that’s so cold!”, and they gassed me up so from then, I’ve just always been writing. Later I started making music with my brothers and some close friends, but life happens, and I guess I’m the last man standing – but there’s always been that encouragement and support there. They’re always pushing me.

How do you think having an established level and prior experience in the industry has helped with your experience on TRGUK S4?

I think it helps me truly know myself. I always know the way I want to translate myself to others, and how I want to come across in my lyrics because I’ve been doing this for a long time, and the music that resonates is music about translating your feelings into sounds and words. When they give us a challenge, and we’ve got to think on the spot – I still know how to be me, and those challenges are where sometimes, if you don’t know yourself, or have a little less experience finding yourself you’ll struggle.

Experience ultimately helps you to translate your personal message more clearly, and the more experience you’ve got, the easier it gets for you to paint that picture.

As you may have already been known by some of the mentors, cast and guest mentors because of your prior music experience, why was appearing on TRGUK S4 important for you to do?

How I see it, is that there’s always going to be pros and cons, because obviously some of the mentors and other artists may have seen or heard about me before and that may seem like pressure, but that’s fine because that’s when I perform best; it brings out the best in me.

When people may already know who you are, or know you have a certain level of experience, there’s that pressure there that you have to deliver – and that just helps me to be honest. There’s no room to fail. I’m humbled that my career is currently going in the right direction, and even more humbled to be able to have the chance to perform on this massive platform and further expose myself – but I’m far from where I want to be so why would I not jump on this opportunity?

There may be people who know who I am, but there are millions more who are watching this not knowing who I am, and this is a great opportunity to give them a chance to get to know me. I feel like if God gives you an opportunity and you don’t take it, you’re blocking your own blessings, so this can’t be a bad thing. Those are the principles I live by: if it was meant for me, it will be, and I was meant to be on the show.

I loved the clash because it’s something I’d never done before, and there was an added adrenaline rush going face to face in front of a crowd. But other than that, I would say the other challenge that pushed me the most was the digging deep on personal things. When I’m digging deep on those things, I’m trying to paint a picture, make it as accurate as possible, and go back to how I feel at the time; whether it’s sadness, anger or happiness. When I write those type of bars they hit harder, I go to that place and write from the feelings of remembering when I was 18 or 19 or going through a difficult situation so that was a lot for me – I had to lock myself away in the house and just get it right.

We’ve got artists from all over the UK in this series, how do you think like being from South London (which has birthed the likes of Stormzy, Dave, Ramz) makes you stand out in this competition?

South Londoners – we have our own energy and flair! I just feel like there’s a certain charisma and vibe that comes with being from South. Naturally, it’s a bit biased to say that, but I do think so – musically speaking there’s so many rappers that have emerged from South London, have been successful, and represent our industry. So, there’s pros in being associated to south, and then there’s also cons because where’s there’s lots of people of a high calibre where you’re from you just feel like you’re one of many and it’s harder to stand out.

In comparison, if you’re from Ireland, or Scotland, or Wales there’s not as much over-saturation in the scene, so it’s easier to stand out and take the front seat.