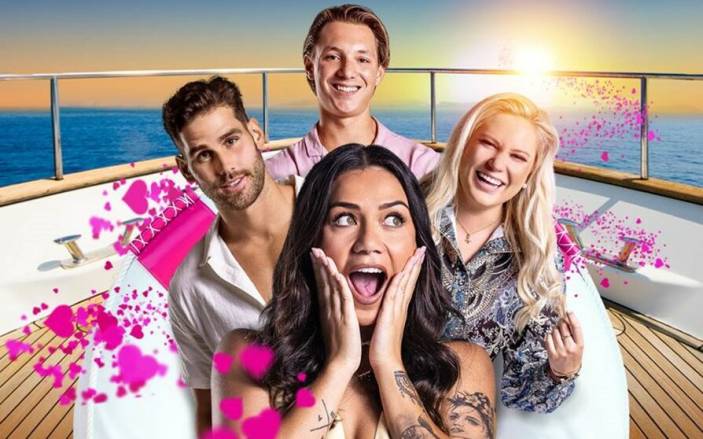 The winners of the first (and most likely only) season of The Real Love Boat Australia have been announced.

The final three couples were ecstatic about their final Destination Dates after cruising the beautiful Mediterranean Sea for the past few weeks.

When they arrived in Naples, Italy, they went ashore to Villa Domi, an eighteenth-century mansion set against the city’s romantic backdrop.

Chelsea and Paddy sipped sparkling wine while admiring the view. They were honest with each other, recalling Paddy’s song to her the night before. Chelsea felt like the light bulb went off for her at that moment, and they were both pleased with their new connection.

Mikaila and Jesse shared some laughs over wine as they reflected on their journeys. They had several Destination Dates during their time on The Real Love Boat, which they credited for their quick relationship.

Moana and Harley spent time inside the grand mansion, talking to their new connection that formed after Harley joined the ship. They felt they had a good connection and remembered their previous dancing date fondly.

After all couples delved deeper with each other when looking ahead to their future, and a few smooches here and there, they all returned to the ship, knowing the final Ceremony was just around the corner.

Cupids Hannah Ferrier and Daniel Doody were to vote for the couple with the strongest bond. Their votes, along with those cast by the Love Jury the night before, would be used to determine the ultimate winners. The Cupids were joined by host Darren McMullen and Captain Paolo to discuss the couples.

Everything had led up to this moment for the final three couples, who had travelled from Barcelona to Naples, two of the most romantic cities in the world. It was then time to determine the winners.

Katie, a previously disembarked favourite, walked on deck with the winning envelope, surprising everyone. Darren then announced the winners of The Real Love Boat as Moana and Harley, who each received a luxury cruise and $5,000 in spending money, in addition to their romantic connection!

But each couple walked away with each other and their memories of the Mediterranean.