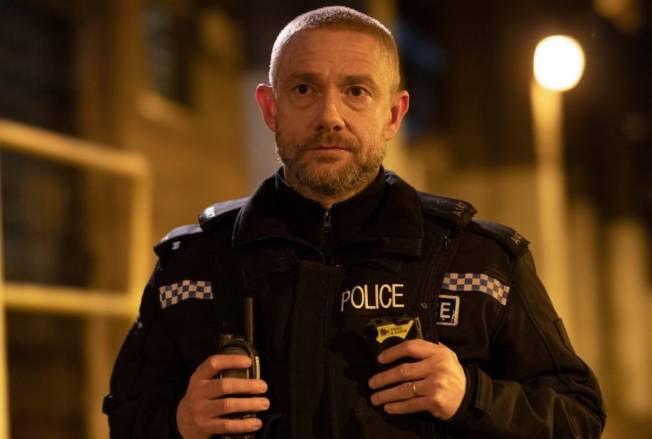 SBS have a quick Australian run out for UK crime drama The Responder this March. Starring Martin Freeman and written by former policeman Tony Schumacher.

This compelling new drama follows an urgent response police officer who has reached rock bottom and is looking for forgiveness in the most unlikely places.

The Responder, based on the real-life experiences of former police officer and writer Tony Schumacher, gives us a rare view into the core of our society’s dark and gritty underbelly, as we follow one officer whose own life is hanging in the balance while he strives to save others.

Chris (Martin Freeman) is on the front-line in one of the UK’s most impoverished areas. On the streets he patrols, he battles crime, violence, and addiction night after night, while simultaneously facing personal problems that affect his work, marriage, and mental health.