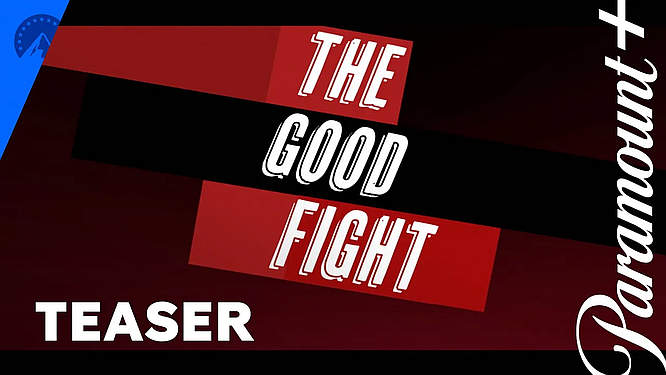 Paramount+ today announced that the critically acclaimed series THE GOOD FIGHT will debut its sixth and final season on Thursday, September 8. The Paramount+ Original series from co-creators Robert and Michelle King is currently in production in New York City.

“We’ve LOVED fighting ‘The Good Fight‘ these last six seasons. To be able to tell stories about an upside-down world in real-time has been a gift. And to have worked with these talented, brilliant, generous actors, writers and crew has been a blessing,” said Robert and Michelle King, series co-creators, showrunners, and executive producers. “Our hope-slash-scheme is to find ways to work with all of them again in the future.”

“It’s been an extraordinary run we’ve had, from ‘The Good Wife’ to THE GOOD FIGHT. 13 years of the Kings’ brilliant writing, magnificent acting troupes led by Julianna Margulies and Christine Baranski, and massive support and partnership with CBS and Paramount+,” said Ridley Scott, executive producer. “In this day and age, where long runs are more the exception than the norm and where discerning audiences have so much choice for quality content, the success and longevity of these series are a testament to how excellent both shows were. David Zucker and I, and the entire team at Scott Free Television, could not be more grateful for this experience.”

“Thanks to the creative brilliance of Robert and Michelle King, THE GOOD FIGHT has been a marquee series for Paramount+ and a huge source of personal pride for me and our Studio,” said David Stapf, president of CBS Studios. “Robert and Michelle took the bones of their network hit, ‘The Good Wife,’ which pushed creative boundaries, and transformed it into a signature streaming series. It is a series that taps into the zeitgeist of the nation’s mindset to artistically reveal the absurdity and anxiety of a nation in transition, both culturally and politically. Their story was further elevated by the brilliant acting talents of Christine, Audra, Sarah, Michael, Nyambi, Charmaine, and an amazing roster of regular and guest actors during its run. Woven together, this amazing collection of creative talent has presented a series that is admired by critics, peers, and a growing global audience. We are so excited to see what this company has in store for the final season; I have no doubt that it will be memorable.” Paramount+ is A Mountain of Entertainment. The Offer, Star Trek: Strange New Worlds & live UEFA matches are now streaming. Try it FREE!

“Robert and Michelle’s THE GOOD FIGHT has delivered five incredible seasons of smart, provocative, and, above all, immensely entertaining storytelling featuring one of the best casts in the business,” said Nicole Clemens, president of Paramount+ Original Scripted Series. “Not only has this series earned the praise of critics and fans alike, but it helped to launch our service and will always be a part of our DNA. While it’s bittersweet to say goodbye to these incredible characters, we trust our creators to know when their story is complete. We’re excited to share the sixth and final season with the world and know that the Kings will continue to exceed our expectations with groundbreaking storytelling.”

The upcoming sixth season of THE GOOD FIGHT has Diane feeling like she’s going crazy, struggling with an uneasy sense of déjà vu, with everything from Roe v. Wade, to voting rights, to Cold War aggressions returning. Meanwhile, the lawyers of Reddick & Associates wonder if the violence that they see all around them points to an impending civil war.