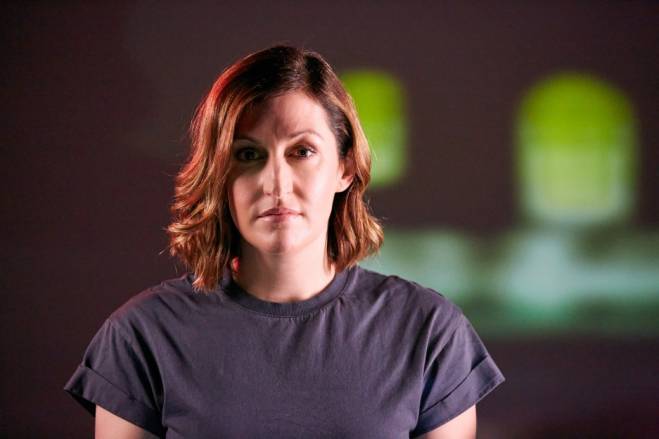 As someone who lives with anxiety, comedian Celia Pacquola thinks she’s kind of got it covered. The only thing is, she hasn’t quite worked out how to ‘fix’ it. The award-winning actress and comedy rockstar likes to try and out-busy her struggles, but knows that it’s not exactly a healthy long-term solution.

Celia Pacquola said: “I’ve always wondered if there was something weird about my brain. From an early age I would fantasise about swapping bodies with someone else just to see if what it felt like in my head, was the same as everyone else. But as an adult, I’ve always kinda known something was up. I’ve got a sneaking suspicion my anxiety affects me more than I realise. I think a public conversation about this is probably long overdue. Am I the right person to be having it? Well, I can’t get out of it now, so let’s find out.”

So, Celia is hitting the road to investigate the questions surrounding anxiety in an effort to break down the stigma and start an open conversation about mental health, and considering 3 million Australians suffer from anxiety and depression each year, Celia knows that it’s a conversation worth having.

Hopeful to empower herself and others to better tame their anxiety, Celia goes in search of the best available treatments which leads her to meeting with medical experts such as Professor Chee Ng from the University of Melbourne and ‘anxiety geneticist’ Dr Joanne Ryan, before exploring alternative remedies such as art therapy and the trialling of new drugs, including psychedelics.

We are in the passenger seat next to Celia as she navigates this confronting, fascinating, quirky, and surprising journey into the world of mental health. But along the way, Celia begins to question her own relationship with anxiety, something she always felt was manageable. But is she being honest with herself? And if not, what is she going to do about it?

Nel Minchin, Writer and Director of The Truth About Anxiety with Celia Pacquola, said: “Celia is one of the most likeable personalities on Australian TV. I knew from seeing her stand up she had an excellent ability to provide incredible insight into mental health in a very entertaining and open way. She was the perfect person to follow in this documentary.”

The Truth About Anxiety with Celia Pacquola is a Joined Up Films production for SBS. Principal production investment from Screen Australia in association with Screenwest and Lotterywest.

The Truth About Anxiety with Celia Pacquola is part of Australia Uncovered, a strand of eight stand-alone documentaries that tackle some of the biggest issues in Australia today, in the most revealing, surprising and compelling ways. These distinctive, bold and uniquely Australian stories will explore diversity and equality in our contemporary society.

The Truth About Anxiety air Sunday 3 October at 8.30pm on SBS.