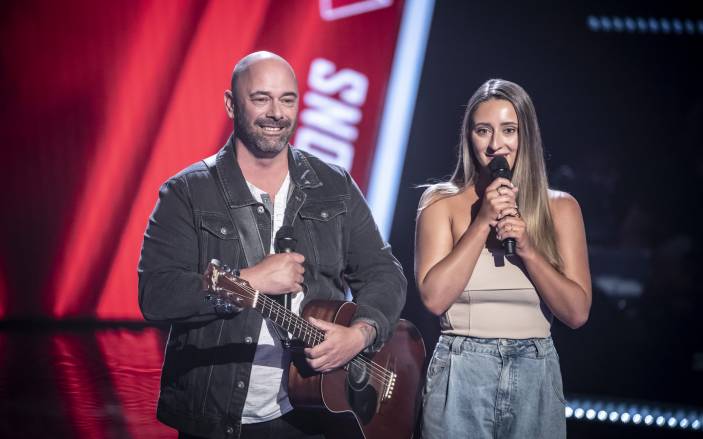 Two stars are born when 52-year-old dad, Tim, and his 23-year-old daughter, Caitlin, take the stage in Seven’s unmissable special event series, The Voice Generations, premiering Monday, 31 January on Channel 7 and 7plus.

“I see that connection, that love, that bond. It is absolutely outstanding. Nothing like it.”

It took losing one dream to find another for Caitlin, who confessed:

“When I was seven, my main goal was to be going to the Olympics. I injured my back quite badly, but I’m glad I did in the end because I found singing.”

Caitlin’s dad Tim supported her through her recovery period and, over the years, Caitlin has been her dad’s rock – helping him through his own personal battles. But it’s music that brings them even closer together.

“It’s a great opportunity for us to be able to hang out and do something we love together,”

– says Caitlin of their entry in the competition.

Don’t miss The Voice Generations, a special event series over three big nights. Talented families, friends, neighbours and even students and teachers team up​ to vie for Voice glory across powerful Blind Auditions and epic Battles, singing head-to-head to claim their spot in the first-ever The Voice Generations Grand Finale.

The Voice Generations Premieres Monday 31 January on Channel 7 and 7plus.