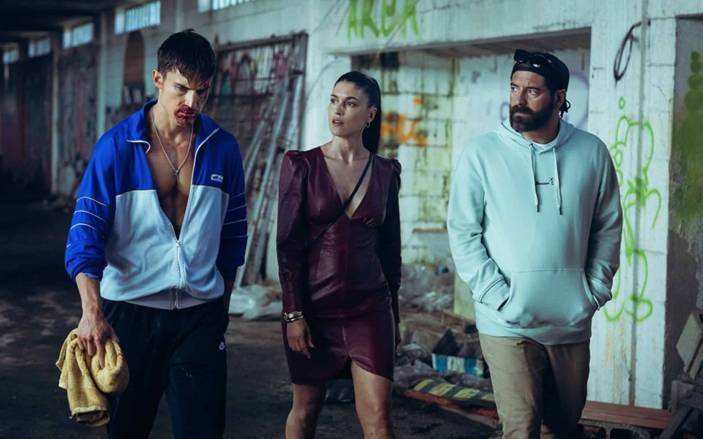 Operation Black Tide: The Suicidal Mission is a suspenseful account of the most widely reported drug trafficking operation to occur in Europe this century. It is based on actual events.

Nando is a skilled sailor who also dedicates a lot of time to his amateur boxing training. He starts to worry about his future because he comes from a low-income background and has no chance of improving his lot in life. He is shocked to learn that his estranged cousin Gema’s extravagant lifestyle is supported by drug trafficking when he first meets her.

Nando reluctantly agrees to take part in a drug smuggling operation and travels to Brazil because he has nowhere else to turn and is in desperate need of money. In a homemade submarine, he and his two companions must travel against all odds across the Atlantic with 3,000 kilogrammes of cocaine while battling bad weather, engine problems, and cabin fever.

The Portuguese police authorities have learned about their mission and are on the verge of apprehending them. In this grand underwater adventure, Nando and his two companions must use every resource at their disposal to cooperate and stay alive.