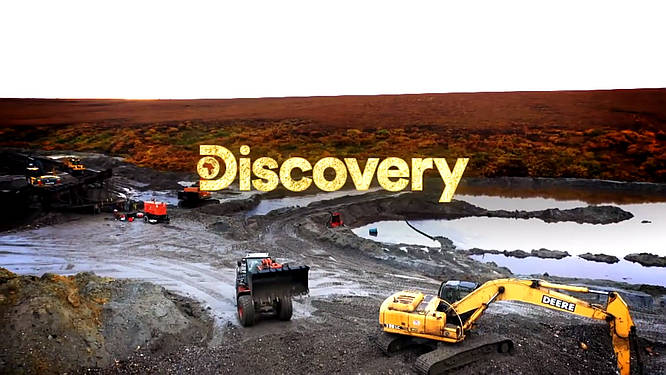 Fans of Discovery’s #1-rated show GOLD RUSH have watched miner Todd Hoffman bet it all with the hope to strike it rich in gold. Never afraid of a gamble, Todd has set up his mining operations in Alaska, Oregon, Colorado, and Guyana, South America. He’s had some success and a fair share of struggles over the years. Now, Todd has been given an opportunity too good to pass up so he’s heading back to Alaska. Will he strike it big? Or walk away penniless? HOFFMAN FAMILY GOLD (w/t), an all-new series, is set to debut in early 2022 on Discovery and streaming on discovery+. The series is produced by Lionsgate’s Pilgrim Media Group.

After ending a checkered mining season in Colorado in 2018, Todd is ready to get back in the game. He’s emptying his life savings with the hope to turn around a distressed mine located nearly 100 miles north of Nome, Alaska. An old mining partner has invested in nearly 2,500 acres of rugged land. However, after years of greenhorn crews, busted equipment, and little to no results, they’re about to go belly up. Todd’s taking a big gamble that he can turn around the operation and produce enough gold to get the mine out of the red. If he pulls it off, Todd will secure the mining rights for the next decade and could build a family legacy. But can he do it in just six weeks before the winter season sets in?

Over the years, Todd has built a mining career guided by a strong belief in God and the American dream. In order to make his dream a reality, he’s bringing in his closest family and friends. Joining Todd in Alaska will be his father Jack and his son Hunter along with a veteran crew of gold miners. For Todd, it’s more than just finding gold – this could be Todd’s last chance to set up his family for generations to come and share the wealth with his friends who’ve stuck by his side over the years. This is Todd’s time to prove he has what it takes to hit the ultimate motherlode. There is no room for failure.

Leading up to HOFFMAN FAMILY GOLD (w/t) is an all-new season of GOLD RUSH, premiering Friday, September 24 @ 8PM ET/PT on Discovery and streaming on discovery+. With the price of gold holding near record highs, each miner is battling to find and mine the best ground. There’s a ground war in the inhospitable wilderness of the Klondike. But one thing is certain, once gold fever strikes, these crews will never give up.