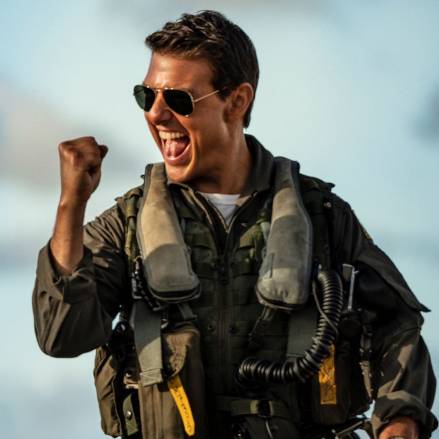 It’s hard to believe Top Gun, the iconic 1980s film, has been in theatres for over 30 years. But now, as fighter pilot Peter “Maverick” Mitchell in the highly anticipated sequel Top Gun Maverick, Tom Cruise is back in the danger zone.

In an Australian television first, Peter Helliar interviews Tom on The Sunday Project about his incredible career and why the Top Gun sequel took 36 years to make.

Lisa Wilkinson returns to the Northern Rivers on Sunday, almost three months after the devastating floods that forever changed Lismore and its surrounding areas, to meet families as they return to their gutted homes to start a new life. In the ruins, she discovers a daily struggle to rise and recover.

After wowing audiences at the Melbourne International Comedy Festival, funny men Lano and Woodley drop by the desk on Monday night to chat about their Moby Dick 2022 Australian Tour.

On Tuesday, we speak to celebrity super mum and actress Elsa Pataky about her latest blockbuster action film, Interceptor, where she plays bad ass Army Captain JJ Collins. In one of her most physically challenging roles yet, Elsa undertook six months military-style training to prepare for the film, which is directed by Matthew Reilly and produced by her husband, Chris Hemsworth.

Scottish actor Ewan McGregor joins us Wednesday to chat about reprising his Star Wars character after 17 years when his brand-new limited series Obi-Wan Kenobi, hits Disney + on 27 May.

Actor and comedian Greg Davies zooms in from London on Thursday night to chat about his hilarious new comedy, The Cleaner, which is coming to Britbox.

On Friday, we catch up with our UK Correspondent Lucy McDonald who is in the audience for the opening night of ABBA Voyage. A concert 40 years in the making, the magic of the Swedish supergroup is brought to life using the latest in motion capture technology. Featuring a setlist of 22 of their greatest hits, ABBA will appear as ABBAtars, digital versions of themselves backed by today’s finest musicians.