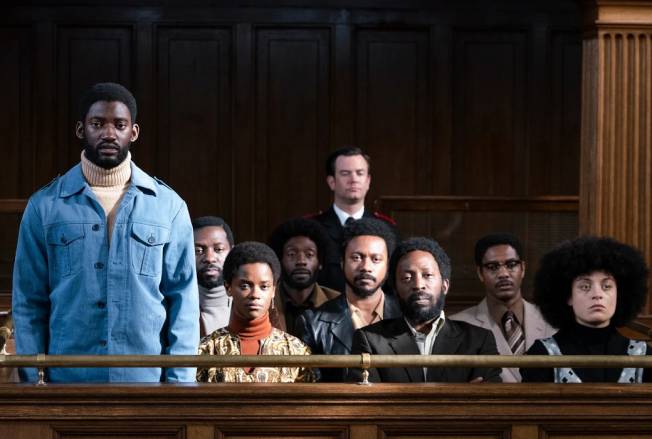 Small Axe, a UK civil rights anthology that previously aired on Foxtel, will get a run on ABC this July. The five drama include the likes of John Boyega, Letitia Wright, and Shaun Parkes. The series marks the first tv project of director Steve McQueen.

Set between 1969 and 1982, these standalone stories celebrate courage and community. From a group of activists taking on a seemingly hopeless battle against police persecution, to a teenager experiencing a blues party full of dance, danger and romance, they’re a powerful reminder of how brave individuals can spark change. Small Axe delivers a message our divided world needs to hear: even the most marginalised voices can challenge the most powerful.

Red, White and Blue
9:30pm Sunday July 17
Red, White and Blue tells the true story of Leroy Logan, a young forensic scientist with a yearning to do more than his solitary laboratory work. When he sees his father assaulted by two policemen, he finds himself driven to revisiting a childhood ambition to become a police officer – an ambition borne from the naïve hope of wanting to change racist attitudes from within. First, Leroy has to face the consequences of his father’s disapproval, never mind the blatant racism he finds in his new role as a despised – yet exemplary – Constable in the Metropolitan Police Force. John Boyega (Star Wars: The Force Awakens) and Steve Toussaint (Prince Of Persia) star with talented newcomers Tyrone Huntley, Nathan Vidal and Jaden Oshenye. Red, White and Blue was co-written by Courttia Newland and Steve McQueen.

Alex Wheatle
9:30pm Sunday July 24
Alex Wheatle follows the true story of award-winning writer, Alex Wheatle (Sheyi Cole), from a young boy through his early adult years. Having spent his childhood in a mostly white institutional care home with no love or family, he finally finds not only a sense of community for the first time in Brixton, but his identity and opportunity to grow his passion for music and DJing. When he is thrown in prison during the Brixton Uprising of 1981, he confronts his past and sees a path to healing. Sheyi Cole stars opposite Jonathan Jules. Alex Wheatle was co-written by Alastair Siddons and Steve McQueen.

Education
9:30pm Sunday July 31
Education is the coming of age story of 12 year-old Kingsley (Kenyah Sandy) with a fascination for astronauts and rockets. When Kingsley is pulled to the Headmaster’s office for being disruptive in class, he discovers he’s being sent to school for those with ‘special needs’ Distracted by working two jobs, his parents (Sharlene Whyte, Daniel Francis) are unaware of what was the unofficial segregation policy at play that is preventing many Black children from having the education they deserve – until a group of West Indian women take matters into their own hands. Bafta-award winning Naomi Ackie  also stars. Education was co-written by Alastair Siddons and Steve McQueen.