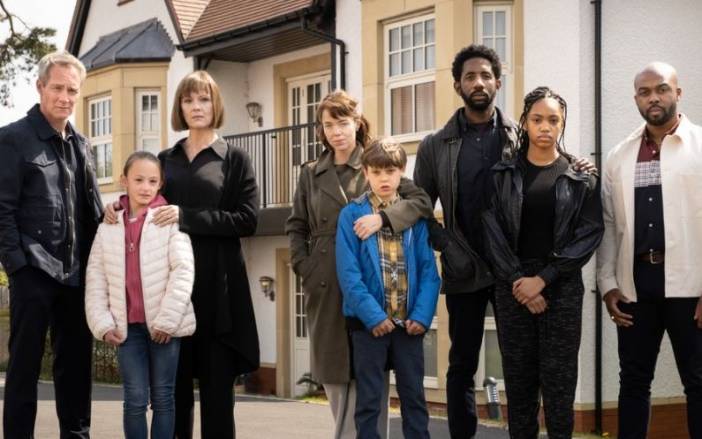 UK thriller Hollington Drive will get a quick Australian premiere when it airs on BBC First from 21 October.

Hollington Drive focuses on the lives of two sisters, Theresa, and her older head teacher sibling, Helen. We open on a warm, balmy evening, barbecue sizzling on the patio, the perfect family setting. When Theresa’s ten-year-old son, Ben, asks to play in the nearby park with his cousin Eva, the adults begin to niggle. As expected, the children don’t return on time, and Theresa goes in search. Her suspicions are heightened when she finds the children on the edge of a woodland area and they appear to be fighting. Immediately her instincts tell her something terrible has happened. This is all too realised when later that evening distraught neighbour, Jean, calls on the family. Her ten-year-old son Alex has gone missing… In a plot thick with secrets, lies, twists and turns, Theresa can’t help thinking her son knows more than he is saying. Could Ben and his cousin Eva be implicated in Alex’s disappearance? Why are they both so subdued and now behaving out of character? The neighbourhood are compelled to help with the search for Alex, but what if he’s been murdered and her own son is his killer?

Hollington Drive was commission by ITV’s Head of Drama, Polly Hill. Sophie Petzal has deservedly earned herself the reputation for writing thought provoking and engaging drama with her credits including Blood, The Last Kingdom, Riviera and Wolfblood. Most notably Sophie recently won a Writers’ Guild of Great Britain award for Best Long Form Drama for Blood. The series is directed by Carolina Giammetta (The Drowning) and produced by Catrin Lewis Defis (The Pact). Executive producers are Sophie Petzal and Jonathan Fisher.