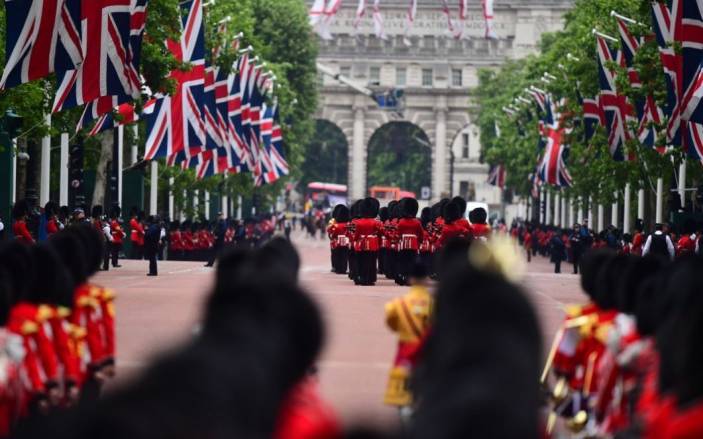 Join UKTV this June as we commemorate Her Majesty The Queen’s Platinum Jubilee as the first British monarch to do so with a special lineup of programming.

For the first time since 2018, Kirsty Young returns to the BBC to host a full weekend of programming for the Jubilee, alongside Huw Edwards, Clare Balding, AJ Odudu, Roman Kemp, and Anita Rani.

It all kicks off on Thursday 2nd June at 7.30pm with Trooping the Colour (Live). The Queen’s Birthday Parade will show the colour being trooped by the 1st Battalion, Irish Guards, and more than 1200 officers and soldiers from the Household Division as they put on a display of military pageantry on Horse Guards Parade, together with hundreds of Army musicians and around 240 horses. This annual event has now marked the official birthday of British Sovereign for over 260 years. Once the parade has ended and the Royal Procession has returned to Buckingham Palace, the Royal Family’s balcony appearance will occur. Huw Edwards, Kirsty Young and JJ Chalmers will present the Jubilee Special from Buckingham Palace

On Friday, in the presence of senior members of the royal family, David Dimbleby, Kirsty Young and Sophie Raworth will host the Service of Thanksgiving from 8.00pm. The National Service of Thanksgiving from St Paul’s Cathedral will acknowledge The Queen’s dedicated service as Monarch. David Dimbleby will provide expert commentary from inside St Paul’s, leading us through the Service. Sophie Raworth meets many of the key people taking part. From the BBC’s Platinum Jubilee Studio at St James’ Park Kirsty Young will be joined by special guests who share their experiences of spending time with The Queen and reflect on how important her faith has been through the years. St Paul’s has played host to several Jubilee Services over the centuries but this will be the first Platinum Jubilee Thanksgiving Service, a historic event that promises to be very special.

On Sunday June 5, hosts Kirsty Young and Roman Kemp will lead live coverage of the Platinum Party at the Palace from 8.30pm. The celebration will see famous faces from the world of entertainment bought together to perform for a night of musical tributes to celebrate the Jubilee. Confirmed performers include Queen + Adam Lambert, Diana Rose, Andrea Bocelli, Alicia Keys, Hans Zimmer and Eurovision runner up Sam Ryder. Plus there will be actors, actresses, athletes and celebrities in attendance including Sir David Attenborough, Emma Radacanu, David Beckham, Dame Julie Andrews and the Royal Ballet. The casts of The Phantom Of The Opera, Hamilton, Six, The Lion King and Joseph and The Amazing Technicolour Dreamcoat will perform during the concert.

“I’m delighted to be back on the BBC for such an historic, unique, and happy event. It’s going to be quite a weekend and our coverage will bring viewers everywhere a front row seat at the celebrations.  I can’t wait!”

UKTV is available through Foxtel